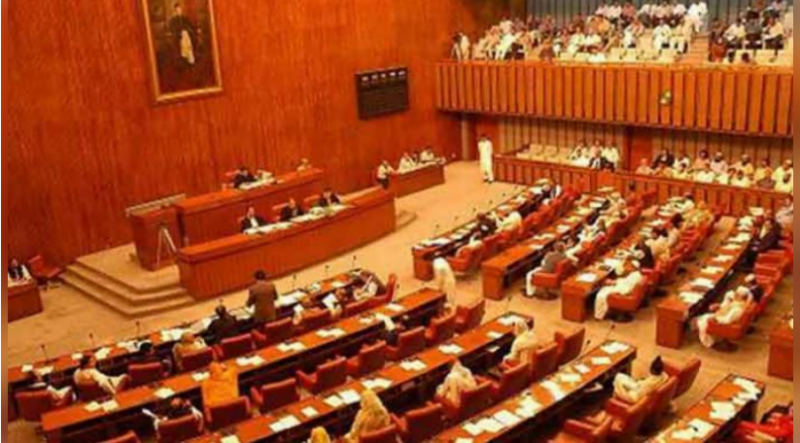 According to details, both the bills were moved by Minister for Parliamentary Affairs, Murtaza Javed Abbasi in the House.

Later, the House was adjourned to meet again on Monday at 4:00 pm.

Speaking at the NA session, Federal Minister for law Azam Nazeer Tarar said that the Pakistan Tehreeek-e-Insaf (PTI) government had made several amendments to the Election Act, 2017, including those that allowed the use of electronic voting machines (EVMs) and granted overseas Pakistanis the right to vote in general elections.

Meanwhile, the National Accountability (Second Amendment) Bill, 2022, with some amendments aimed at stopping the misuse of the law for political engineering and victimization of opponents, was also approved by the NA.

Tarar said that after the passage of the bill, the National Accountability Bureau (NAB) must complete all inquiries within a period of six months.

The law minister said that the PTI government had extended the tenure of incumbent NAB chairman by promulgating an ordinance and that various honest civil servants were put behind bars without any cogent evidence.