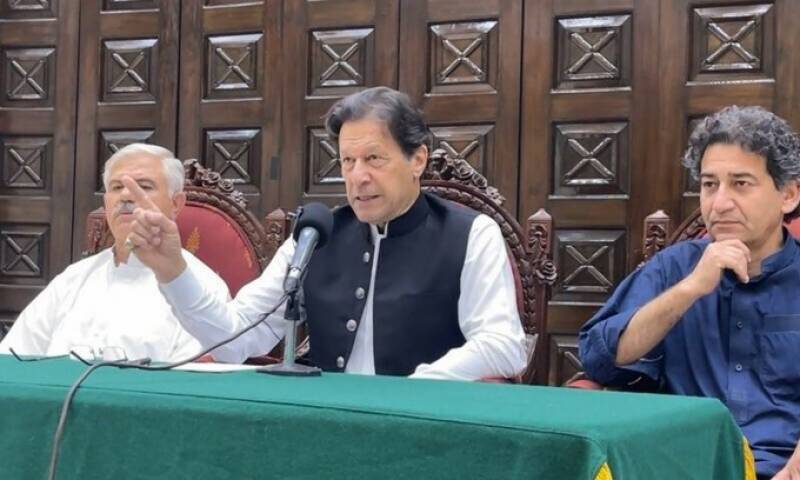 Peshawar (Staff Report/Agencies): Former Prime Minister and PTI Chairman Imran Khan said on Friday categorically dismissed the report that a deal was made to end its Azadi March.

Addressing a press conference, Imran Khan said that he ended the long-march only to avoid bloodshed. The PTI chief said he would march again if early elections were not announced.

“I had decided that I will sit here until the government dissolves assemblies and announces elections, but of what I have seen in the past 24 hours, they (govt) are taking the nation towards anarchy,” he said, claiming that the government was also trying to create a divide between the nation and police.