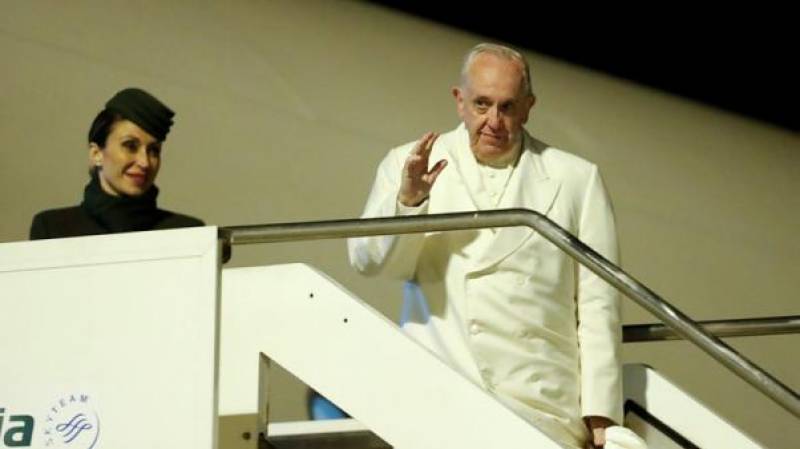 Yangon (Reuters): Pope Francis landed in Yangon on Monday, the start of a delicate visit for the world’s most prominent Christian to majority-Buddhist Myanmar, which the United States has accused of “ethnic cleansing” its Muslim Rohingya people.

The pope will also visit Bangladesh, to where more than 620,000 Rohingya have fled from what Amnesty International has dubbed “crimes against humanity” by Myanmar security forces, including murder, rape, torture and forcible displacement.

The Myanmar army denies the accusations.

Only about 700,000 of Myanmar’s 51 million people are Roman Catholic. Thousands of them have traveled by train and bus to Yangon, the country’s main city, to catch a glimpse of the pope.