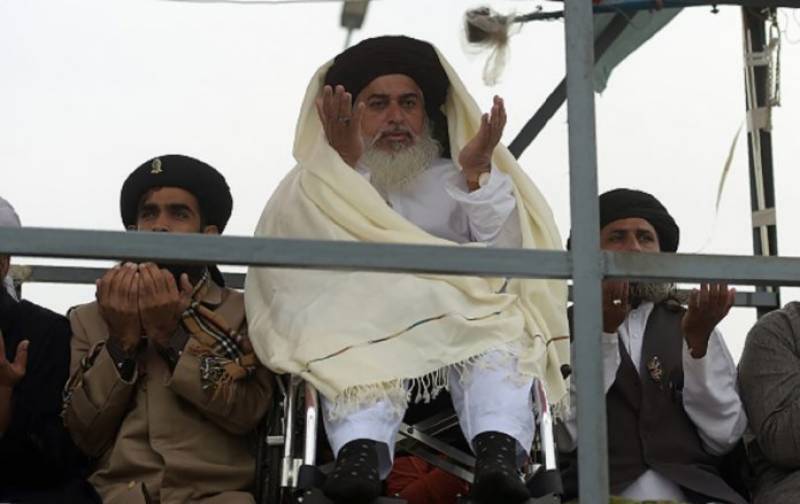 Islamabad (Staff Report): Tehreek Labaik Ya Rasool Allah (TLY) chief Khadim Hussain Rizvi on Monday ordered his followers to end sit-ins across the country after government gives in to demands.

TLY leader Khadim Hussain Rizvi while addressing a press conference at the protest site ordered his followers all over the country to end the sit-ins and go home. He also announced an end to the strike being observed today (Monday) and called for opening businesses and shops.

The protesters camped out at Faizabad will depart from the protest site within 12 hours, as soon as implementation of the agreement reached with the government is started, Rizvi said.

He said he and his followers had set out towards the capital solely for the protection of Khatm-i-Nabuwwat.

Rizvi said, the army chief and his representative Maj Gen Faiz Hameed acted as guarantors for the agreement.

He alleged that propaganda had been done against his group to create the impression that they had been sent by someone to Islamabad.

He lashed out at media representatives for not showing his press conference live.