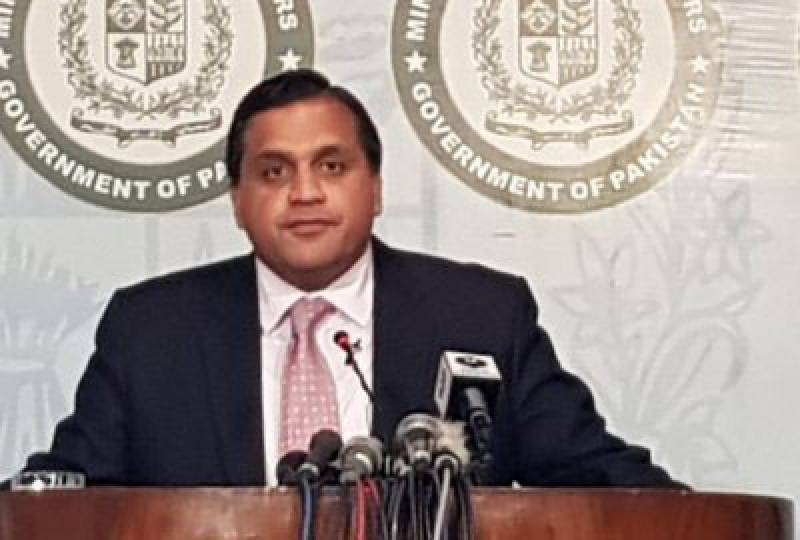 While addressing the Kashmir Conference, Dr Faisal recalled that Prime Minister Imran Khan in his first address had said that if India took one step forward, Pakistan would take two.

He added that the premier, in his response to Modi's letter, had expressed Pakistan's openness to resolving all outstanding issues through dialogue with India.

The FO spokesman said that the Kartarpur Corridor, which will facilitate the visa-free travel of members of India's Sikh community to their religious site in Pakistan, will be inaugurated tomorrow and is expected to be completed within six months.

"In this century diplomacy has completely changed," he said, adding: "Now policies are made based on citizens' emotions and wishes."

He said that the groundbreaking ceremony of the Kartarpur Corridor is a great success for the country.

He added that Indian media had been invited to cover the inauguration ceremony, and that Pakistan is not hiding anything.

In 2016, the 19th summit ─ which was to be held in Pakistan in 2016 ─ was cancelled after India boycotted the event, causing Afghanistan, Bangladesh and Bhutan to also pull out.