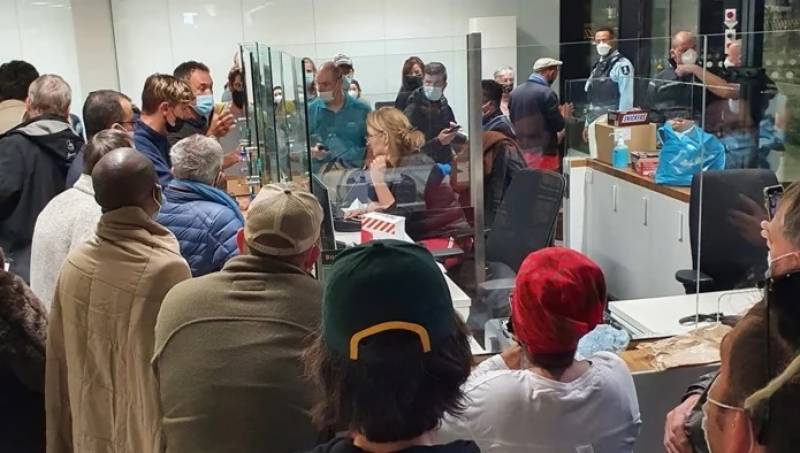 Geneva (Web Desk): Countries around the world have restricted travel from southern African countries in an effort to contain a new variant of Covid-19, Omicron.

In a statement, the World Health Organization (WHO) said that Omicron has an increased re-infection risk.

The statement added the number of cases of this variant appeared to be increasing in almost all of South Africa's provinces. This variant has a large number of mutations, some of which are concerning.

The WHO said it would take a few weeks to understand the impact of the new variant, as scientists worked to determine how transmissible it was.

The United States (US), Britian and other countries that have announced travel restrictions and measures include Australia, Japan, Iran, Canada, Thailand Brazil, India, Saudi Arabia, United Arab Emirates (UAE) and Oman have also announced restrictions including suspension of flights to and from the South Africa states.

On November 26, the WHO classified the B.1.1.529 variant detected in South Africa as a SARS-CoV-2 “variant of concern,” saying it may spread more quickly than other forms.

On November 25, the South African scientists said that they had detected a new Covid-19 variant in small numbers and were working to understand its potential implications.