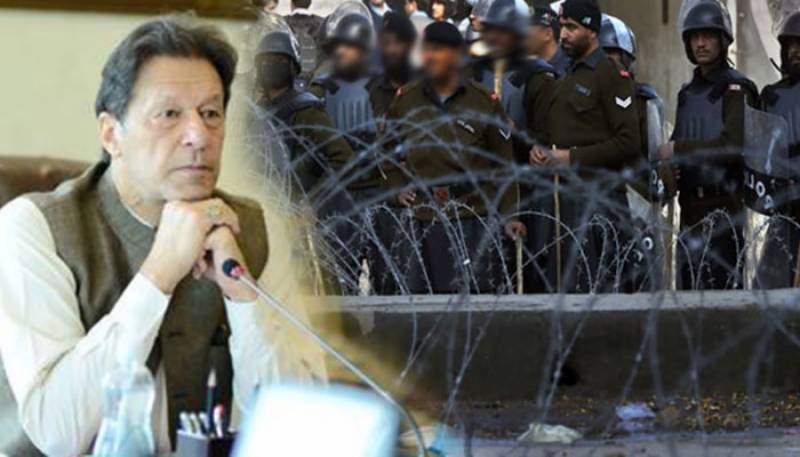 Islamabad (Staff Report/Agencies): Prime Minister Imran Khan issued directives to stop the long march planned by the proscribed Tehreek-e-Labbaik Pakistan (TLP), saying no one will be allowed to take the law into his hand.

Addressing a press conference after the Federal Cabinet meeting on Wednesday, Minister for Information Fawad Chaudhry said the government has decided to treat the banned TLP as a militant organisation and will ensure it met the fate as that of other terrorist organisations.

Chaudhry said that the banned TLP had no “status” or access to arms like other terror groups, adding that a “show” had been staged the past six times, and the government had shown “great restraint”.

The minister further warned those “spreading fake news on YouTube and other platforms of social media pertaining to the organisation”.

“Such people also comprise persons from the media industry. We are asking you to drop the culture of fake news or we will come down hard on you.”

Chaudhry recalled that six police personnel were martyred while more than 700 others were injured in clashes with the TLP workers last time.

“Now, in the span of just two days, three cops have been martyred while more than 49 are injured,” the minister maintained.