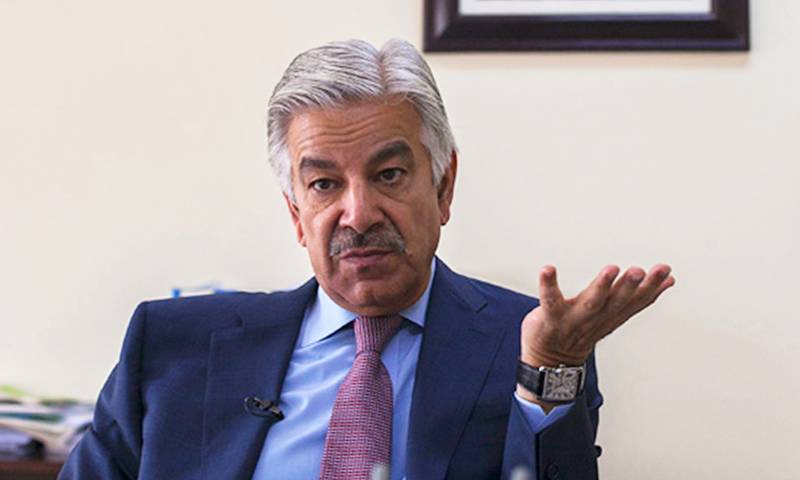 Islamabad (Web Desk): Foreign Minister Khawaja Asif has said the US that the “Haqqanis and Hafiz Saeeds” were the US’ “darlings” just 30 years ago.

“The US has had a major role in Pakistan and Afghanistan’s ‘burning’ even after [the passage of] 30 years,” the minister maintained as he lashed out at US’ accusations that Pakistan harboured terrorism.

“For us the most challenging task was to put our house in order,” Asif said in a sitting with the Asia Society, held in conjunction with the 72nd UN General Assembly session in New York.

“Pakistan has suffered grievously from conflict and instability in Afghanistan. Unless this cycle is reversed, we would continue to bear the brunt. No country has a larger stake in seeing peace return to Afghanistan than Pakistan.”

He further reiterated his statement saying, “Scapegoating Pakistan for all the Afghan ills is neither fair nor accurate. There’s no military solution for Afghanistan. Pakistan in its past has done all it could to facilitate a political settlement.”

Referring to the war in Afghanistan and the incessant blaming, Asif said that it was a collective mistake but the US shouldn’t have left the way it did way back in the 90s.