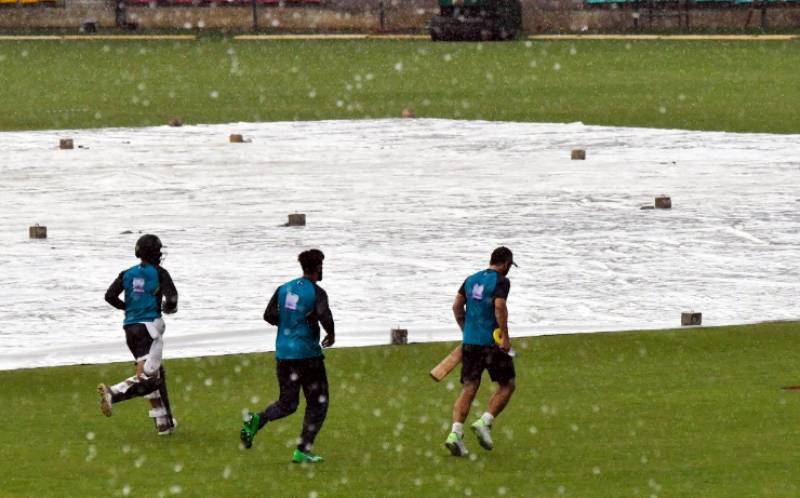 Karachi (Staff Report): The opening ODI between Pakistan and Sri Lanka has been cancelled as heavy rain lashed the city on Friday.

The Pakistan Cricket Board confirmed that the toss has been delayed and the new scheduled will be announced once the ground is handed over to the match officials.

Rainwater has accumulated in the outfield of National Stadium which indicates unlikelihood of an early start of the match.