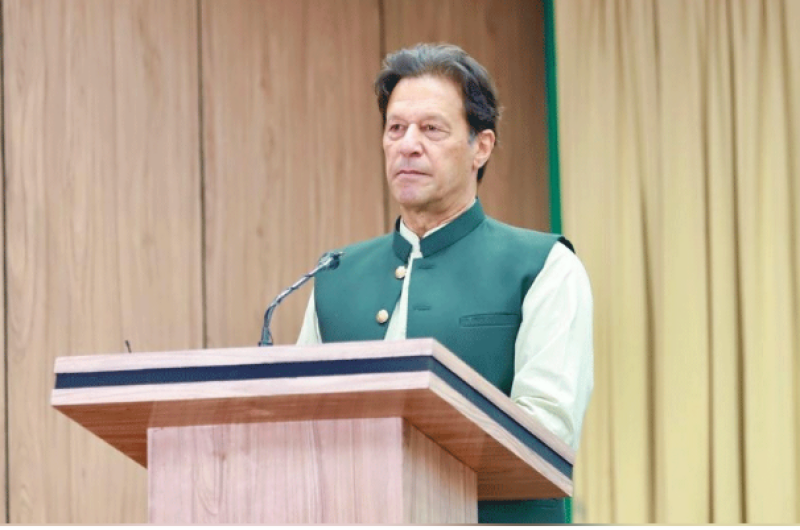 Addressing the ceremony, the premier said federal and provincial governments will have to work jointly to address issues of Karachi.

He said water shortage is a big challenge of Karachi and K-4 project will help resolve this issue.

“Karachi is economic hub of the country and we have to design more projects for the city to cope with growing population and transport issues,” PM Imran said.

"Sindh will benefit from this. It will bring profit, jobs and alleviate pressure from Karachi," he said, adding that it would become increasingly difficult to provide citizens with utilities if the city keeps expanding.

"Our cities are under pressure. If we don't plan now, they will become unsustainable."

He added that the island project would also bring in foreign investment. "So please reconsider the project," he said, while addressing the Sindh chief minister, who was also present on the occasion, adding that it was a "win-win situation".

PM Imran said that major projects in the country were not completed due to a lack of political will. "So for major projects, especially KCR, both the governments will have to focus on them."

This will not only reduce the flow of traffic in Karachi but also facilitate the passengers.

According to the spokesperson of Pakistan Railways (PR), the track of KCR will be built without crossings on which trains would run at the speed of 80 kilometer per hour while each train would have the capacity of 814 passengers.