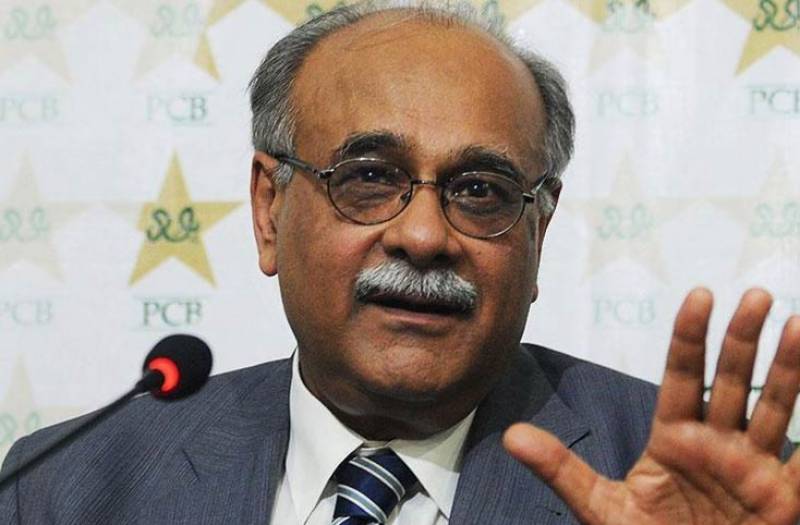 He said while speaking with media upon his arrival to Lahore from Dubai after attending the International Cricket Council (ICC) meeting together with PCB Chairman Shehryar Khan and Subhan Ahmed.

The PCB official further added that PCB has conveyed to the ICC not to send such a team to Pakistan, which may not be labeled as Phatechar by Imran Khan.

He said the forum also discussed equitable distribution of ICC funds, instead of giving its major share to India. "Indian cricket board's share has been reduced by approximately $200million, while Pakistan and other countries' shares have been increased."

"There has been no change in England's share of the ICC funds," he added.

Asked as to when Indian cricket team tour Pakistan would, Sethi replied that initially some selected teams will visit the country and gradually other teams will also start coming to Pakistan.

He went on to say that Bangladesh wanted to play cricket with Pakistan, but they have been told to visit Pakistan for this. "If they do not come, we will not play."

The PCB official further elaborated that Sri Lankan and Bangladeshi cricket boards have close ties with India, as they have been facing financial issues.