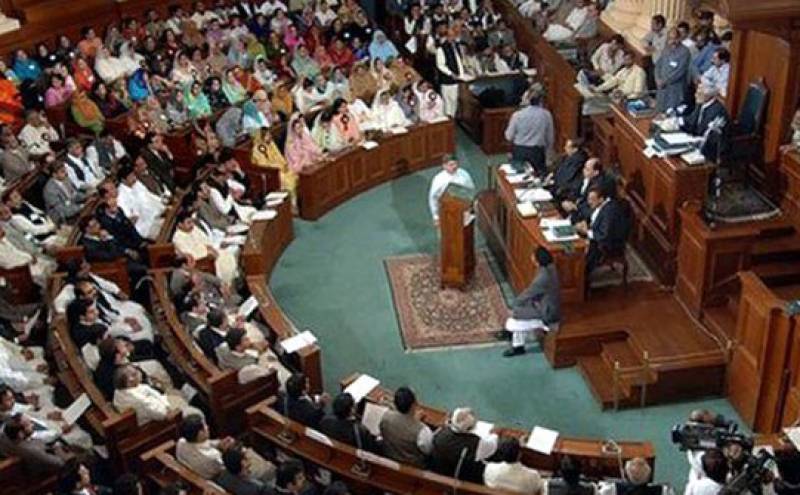 Lahore (Web Desk): A crucial session of the Punjab Assembly (PA) to take up the no-confidence resolution against Deputy Speaker Dost Mohammad Mazari was postponed till May 16.

According to details, PA Speaker Chaudhry Parvez Elahi, who was supposed to convene the session, called off the sitting at around 11am, half an hour before it was to supposed to begin.

A notification in this regard was issued by the speaker office. This is the second time Elahi has postponed the session.

“The Punjab Assembly session has been postponed till May 16,” read the notification issued by the speaker’s office, without giving any reason.

The no-confidence vote today was supposed to be held through a secret ballot, with increased security arrangements and a bar on cellphones.

Later speaking to media outside PA along with Pakistan Muslim League-Quaid (PML-Q) and Pakistan Tehreek-e-Insaf (PTI) MPAs, Parvez Elahi said that the session was being adjourned in light of "unforeseen circumstances", claiming assembly members were being harassed by police officers and raids and arrests were being conducted by the police.

On April 16, the Punjab Assembly in its session had witnessed unprecedented violence, leaving many injured, including Parvez.

However, the House elected, leader of the Opposition Hamza Shehbaz as the chief minister amid a boycott by PTI and PML-Q lawmakers.

Earlier, PTI's Nauman Ahmad Langrial had said that he and other dissident members of the party will not cast their votes.

He had mentioned that those who submitted the no-confidence motion against the deputy speaker need to bring 186 members who will cast a vote in favour of the motion, otherwise it will be considered a failure.

On the other hand, Punjab Assembly speaker had sent a case to the Election Commission of Pakistan (ECP) against some 26 ‘dissident’ members for action.

Notices have been issued to the members to hear their cases for May 6. The ECP has also issued notices to the PTI.