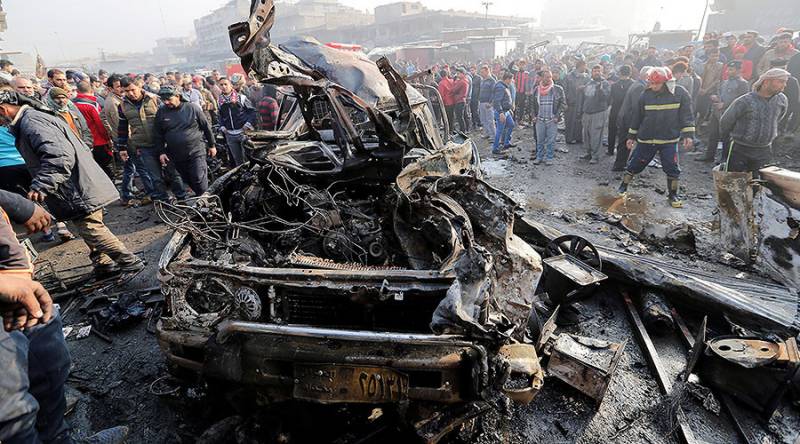 According to rescue officials, the explosives-packed car went off at the wholesale Jamila market in the city’s Shia district of Sadr as Iraqi government forces were preparing to declare victory over Islamic State more than 400 km (250 miles) further north in the city of Tal Afar.

It was not immediately clear if a suicide bomber had driven the vehicle to the target or if it was a parked car bomb, police said.

A plume of thick black smoke was billowing from the area and people were running away in panic. At the site, twisted metal and shards of glass littered the pavement, along with vegetables and other goods sold at the market.

Medics and police said eight people died and 25 were wounded.

No group immediately claimed responsibility, though the Sunni Muslim militants of Islamic State have said they carried out a string of other recent attacks in the capital.