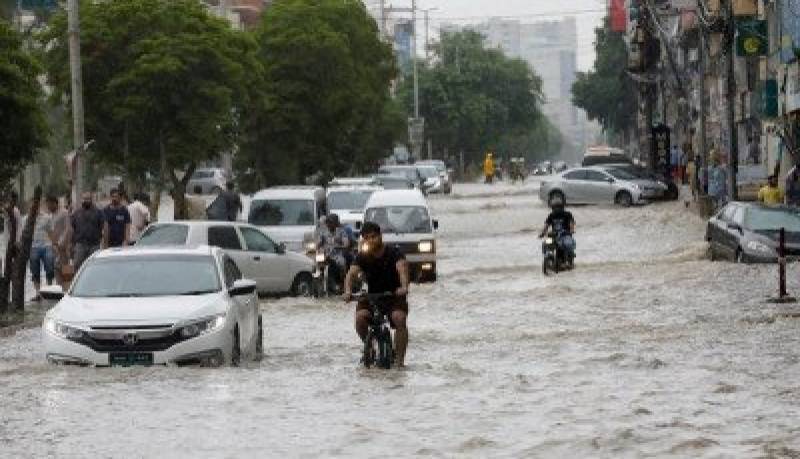 Islamabad (Web Desk): The Met Office in its new advisory has predicted another monsoon rain system may enter Sindh and Balochistan from Saturday.

At least 25 people were killed in various rain-related incidents as the current spell of monsoon rains wreaked havoc in Karachi.

According to the rescue sources, the devastating rains have left most parts of the city flooded with water and no electricity while a large number of people were stranded due to roads becoming impassable and all the underpasses flooded with rain water.

It may be pointed out that the current spell of rain in the metropolis broke the record of maximum rain recorded in one day with 223 millimeter rain recorded in just 12 hours. The previous recorded was 211 mm in 24 hours in July 1967.