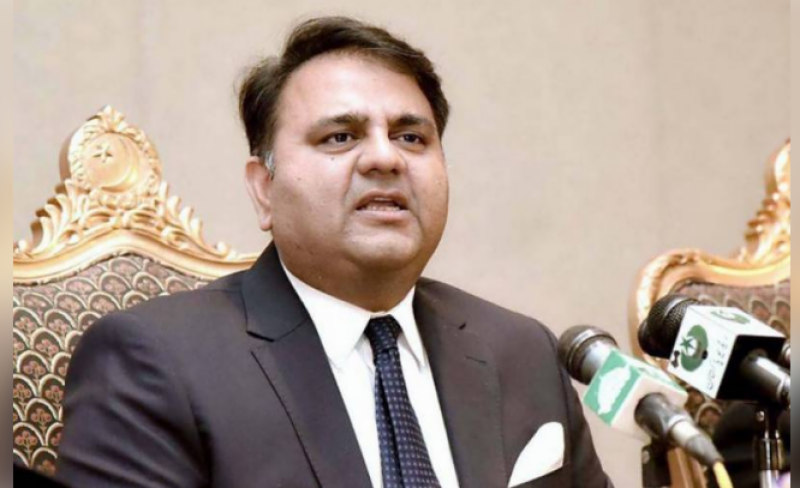 Karachi (Web Desk): Minister for Information and Broadcasting Fawad Chaudhry on Saturday said that the world should realise that turning a blind eye to war-torn Afghanistan could worsen the crisis.

Addressing a press conference in Karachi, the minister urged the world community to come forward and play its due role in resolving the current crisis in Afghanistan.

Fawad Chaudhry said that the crisis can be averted only by formation of an inclusive government in Afghanistan.

The information minister warned that the world should realise that the situation in Afghanistan could give rise to another humanitarian crisis and turning a blind eye to the war-torn country could worsen the crisis.

"The world has to make decisions with sagacity, not by the use of force," he said adding, "Don't wait for the destruction of Afghanistan. I urge all countries to not leave the country alone."

Highlighting that the world was cognisant of Pakistan's efforts pertaining to the evacuations, he said, "The bigger problem at the moment is about filling the gap of leadership in Afghanistan."

"It is not up to Pakistan to form a government in Afghanistan; it is the Afghans who can elect a government, " Chaudhry said.

He said the reservations expressed earlier by Pakistan about Afghanistan have proved true.

Chaudhry said the large scale evacuation has created a big administration gap in Afghanistan and the situation demands international community's support to help the people of Afghanistan in this testing time.

Criticising the opposition, the minister said that Pakistan Muslim League-Nawaz (PML-N) should first choose its leadership before holding any political rallies.

Fawad Chaudhry said that PML-N and PPP are now regional parties and Bilawal and Maryam Nawaz did nothing in their lives.

He said that the PPP government will be overthrown in Sindh. The next government in Sindh will be of the PTI.

The minister said that the PML-N should also present its performance report to the public so that the difference between the parties could be seen.

The information minister claimed that Pakistan is moving towards economic, political and external stability.