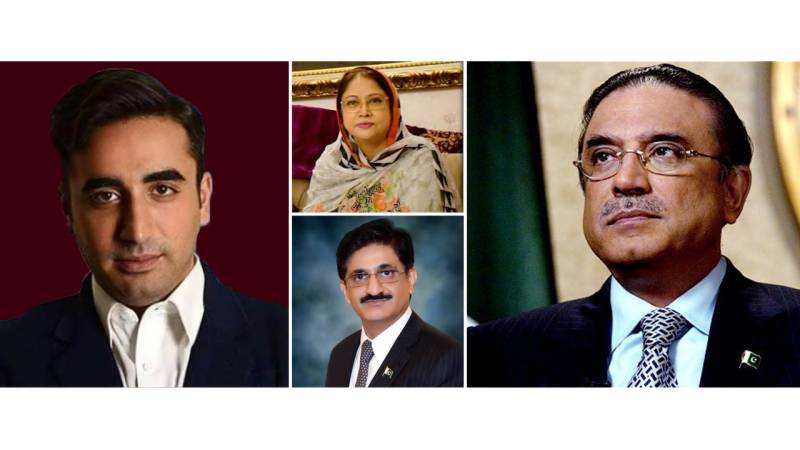 Islamabad (Staff Report/Agencies): The federal government on Friday issued a list of 172 suspects whose names have been put on the Exit Control List (ECL) following the Joint Investigation Team (JIT) report on money laundering through fake bank accounts.

The names of various provincial government officials, bank officials and property tycoons have also been placed on ECL.

Here is the complete list of suspects placed on ECL. 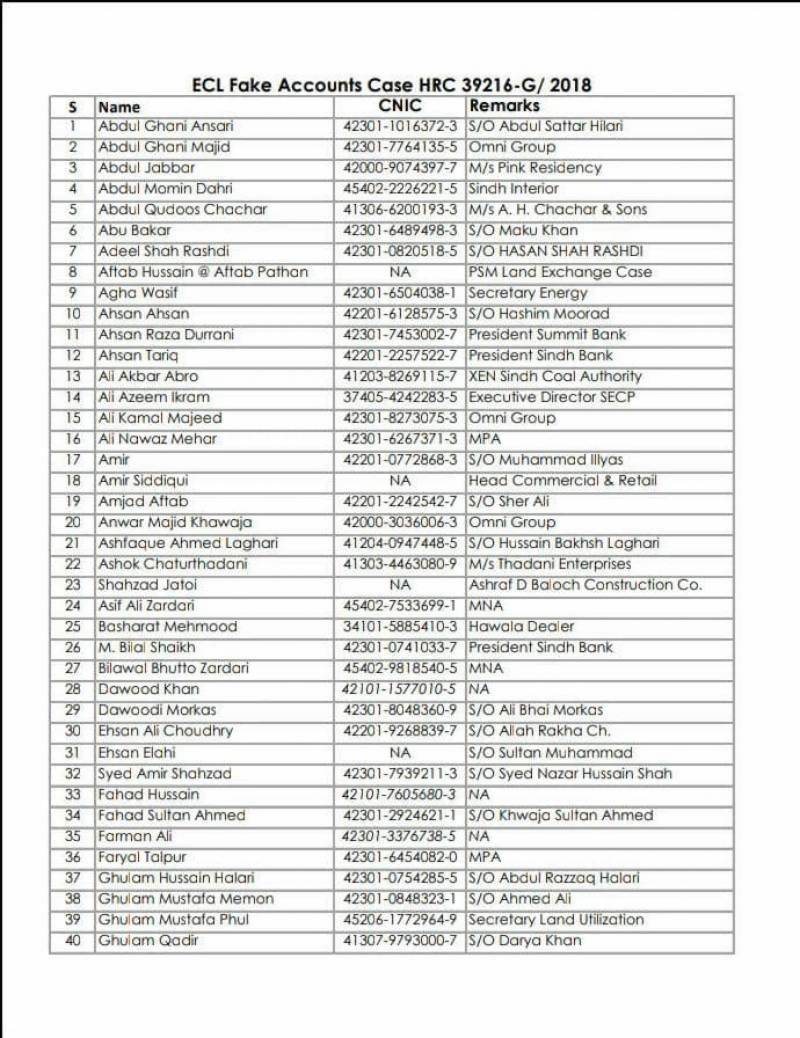 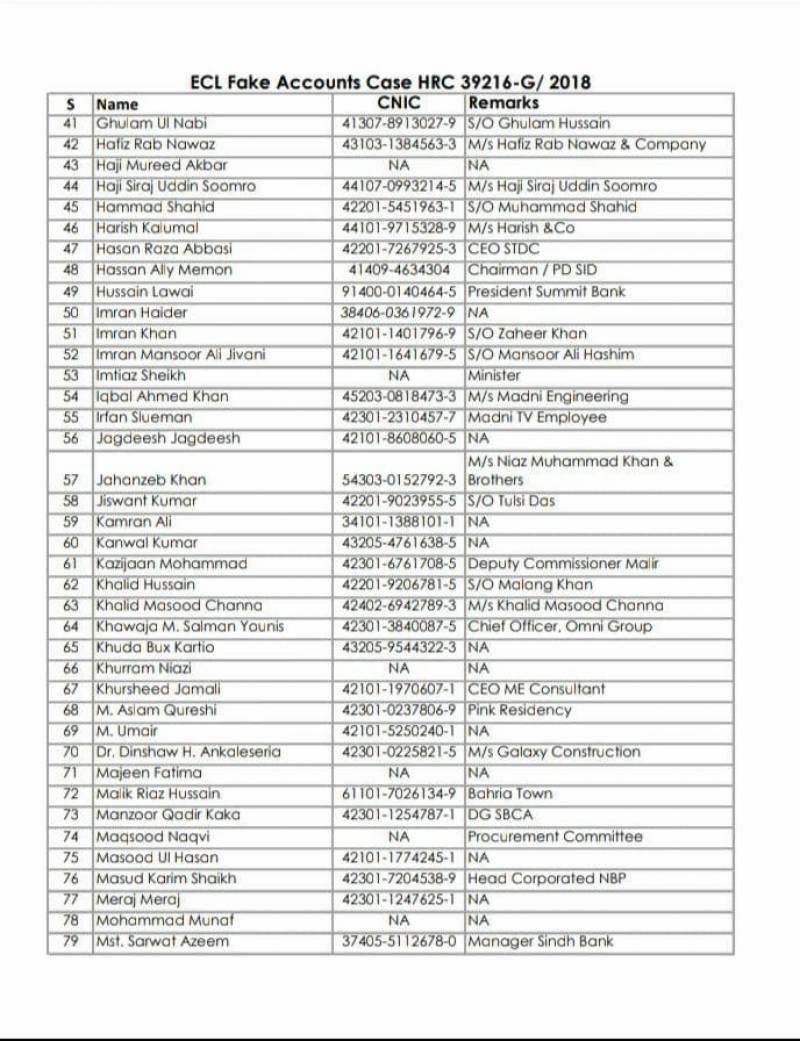 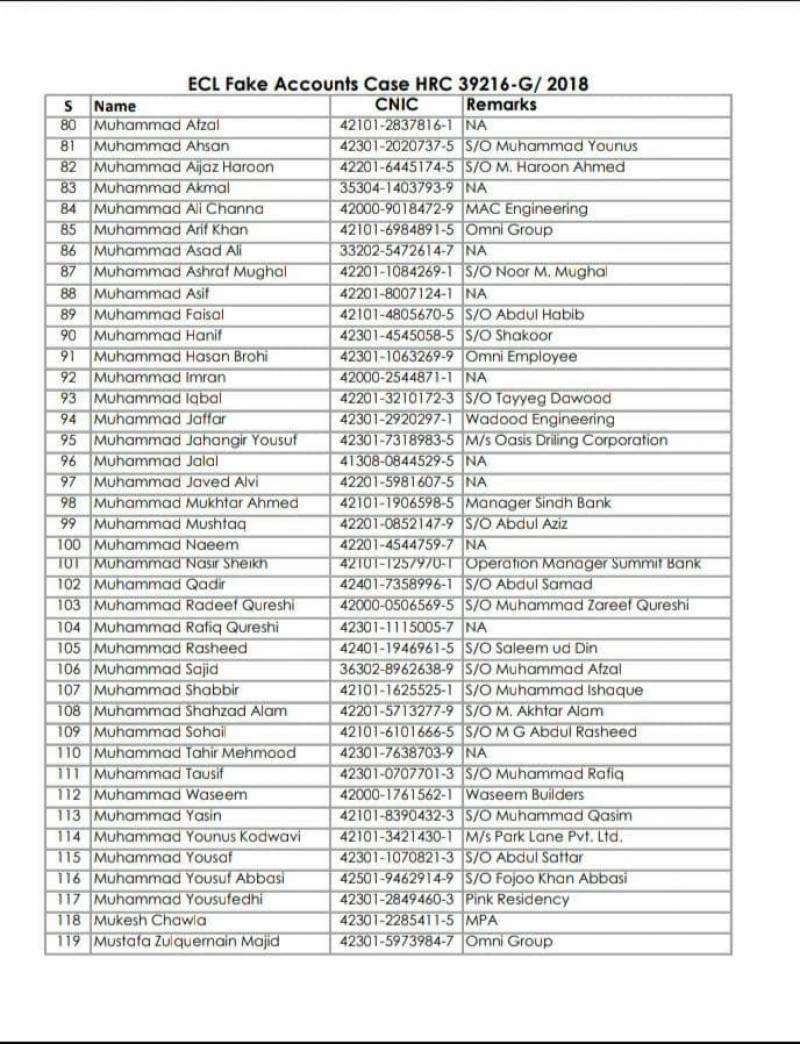 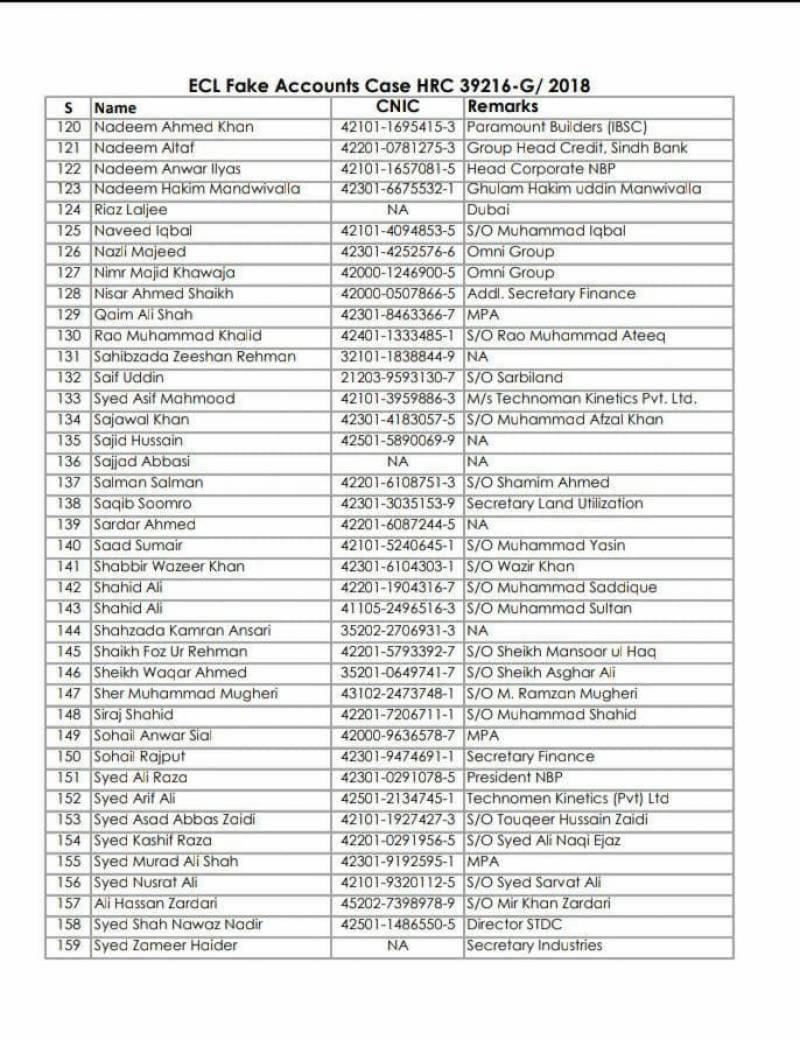 On Thursday, Federal Minister for Information Fawad Chaudhry had announced that the government has decided to place as many as 172 people, including Asif Ali Zardari on ECL in the light of the ongoing money laundering probe.

He said that the federal cabinet has taken the important decision after taking in view the report of the JIT submitted in the Supreme Court of Pakistan.

On December 24, ordered PPP co-chairman Asif Ali Zardari, Bahria Town and Omni groups to submit their reply till December 28 after the JIT hold them responsible in the mega money laundering and fake accounts case.

A two-judge bench headed by Chief Justice of Pakistan Justice Mian Saqib Nisar and comprising and Justice Ijazul Ahsan heard the suo motu case at the SC's Lahore registry and banned the trading and transfers of the properties of the Zardari Group, Bahria Town and Omni Group which are mentioned in a report submitted by the JIT, probing the fake bank accounts case.

The Federal Investigation Agency (FIA), whose JIT had compiled the report, asked the court to put the names of all the accused on the Control ECL.

The Federal Investigation Agency (FIA) is investigating 32 people, including Asif Ali Zardari and his sister Faryal Talpur in connection with money laundering from fake accounts.