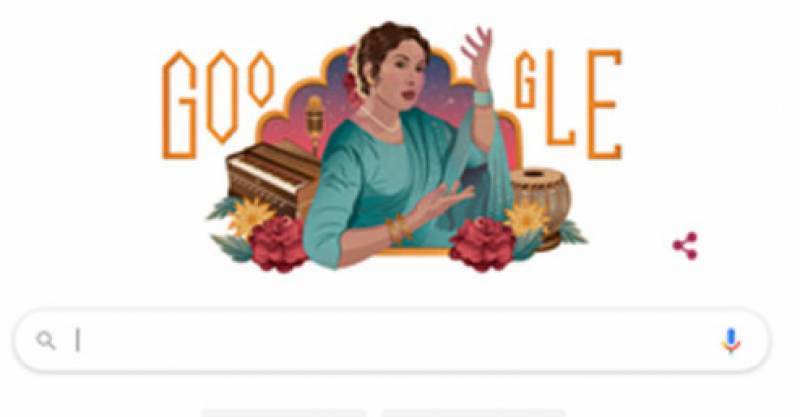 Google has developed its doolde in the name of Iqbal Bano to honour the much celebrated artist.

She was awarded Pride of Performance by the Pakistani Government in 1974 over her outstanding achievements in classical music.

Iqbal Bano was the best known for her semi-classical Urdu ghazal songs and classical thumris, but also sang easy-listening numbers in the 1950s films.

The best and most famous work of Iqbal Bano includes her singing of the ghazals of Faiz Ahmed Faiz and Nasir Kazmi.

She also sang Persian poetry, which became popular in Iran and Afghanistan.