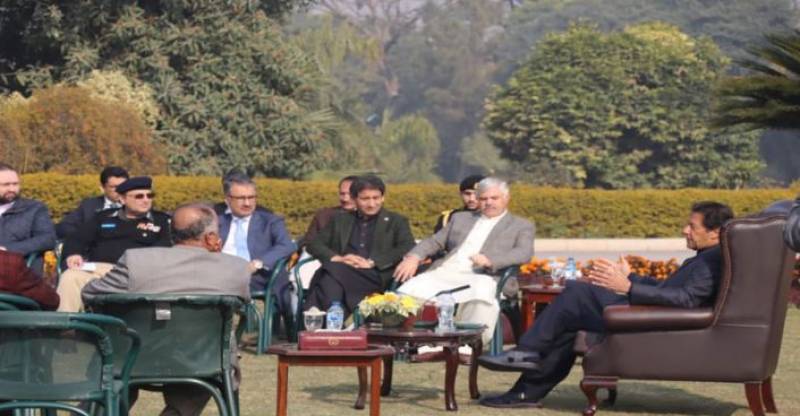 Peshawar (Web Desk): Prime Minister Imran Khan has said that the government has allocated record funds for the development of tribal districts in Khyber Pakhtunkhwa (KP) to remove the sense of deprivation of people.

Addressing the provincial cabinet in Peshawar on Saturday, the prime minister said the purpose of merging tribal districts in Khyber Pakhtunkhwa is to bring these areas equal to the developed parts of the country.

"Moving the process of merging of tribal districts and creation of jobs opportunities for the youth of these areas was the top priorities of the government," the premier said.

The PM also directed for focusing on promotion of tourism in the province and stated all efforts should be utilised for this purpose.

He urged for enhancing employment opportunities in the erstwhile FATA areas to ensure socio-economic progress of the region.

Prime Minister Imran Khan said Saudi Arabia has expressed interest to invest in tourism sector and the KP Government should focus on fully exploiting the tourism potential in the province.