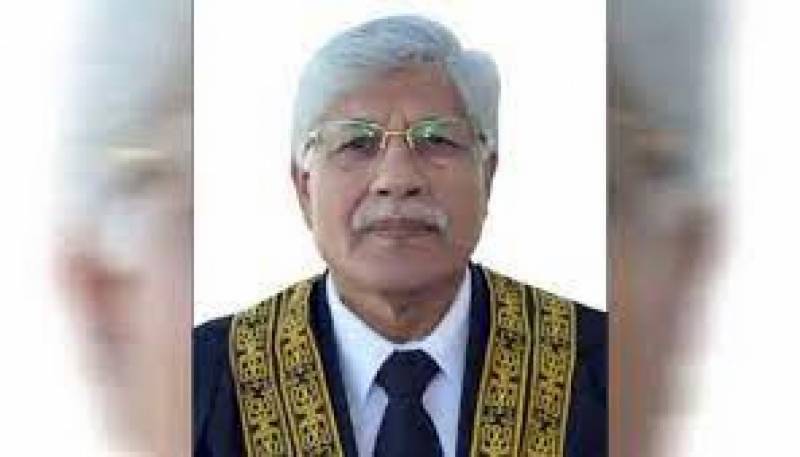 Islamabad (Web Desk): The Islamabad High Court (IHC) on Tuesday decided to indict former chief judge of Gilgit-Baltistan (GB) Rana Shamim and others in contempt of court case on January 7, 2022.

The IHC had initiated proceedings against Rana Shamim, investigative reporter Ansar Abbasi, editor-in-chief of a national daily, and its resident editor after an affidavit by the former GB judge published in the newspaper that accused former chief justice Saqib Nisar of influencing the case against former premier Nawaz Sharif and his daughter Maryam Nawaz.

During the hearing, IHC Chief Justice Athar Minallah said the court initiated the proceedings in the case because an impression was being given that the court had been compromised. “This court is presenting itself for self-accountability,” he said.

At the outset of the hearing, the original affidavit was presented to the CJ.

Justice Minallah said Rana Shamim was told to produce the original affidavit in the court not send it to the IHC CJ. “I thought as the affidavit belonged to Shamim so he should be the one to open it,” Justice Minallah added.

At this, Shamim’s counsel Latif Afridi said the IHC CJ asked for it so he should be the one to open the document. Shamim, however, opened the packet containing the affidavit and confirmed its contents.

Attorney General Khalid Jawed Khan said the former G-B judge had said that his affidavit was sealed but this parcel didn’t contain any seal, but just a stamp of the courier. AGP Khan said as per Shamim he had given the affidavit to his grandson in a sealed envelope.

Shamim responded in affirmative, saying he gave the document in a white sealed envelope to his grandson in London.

The affidavit was later sealed by the IHC registrar at the request of the CJ. AGP Khan, however, requested the court to provide a copy of the document.

The IHC chief justice asked Shamim's counsel, Lateef Afridi, why the court should not go ahead with framing charges given the situation. Afridi responded that he had not prepared to argue on the framing of charges but Shamim had accepted that the affidavit belonged to him.

Pakistan Bar Council (PBC) Vice Chairman, Amjad Ali Shah, who is amicus curiae in the case, said those named in the affidavit should submit their responses so proceedings in the case could move forward.

Meanwhile, Rana Shamim has trashed a news report about his affidavit, saying he was alone while notarising his affidavit in London.

Upon his arrival at the IIHC for the hearing of the contempt of court case against him, Rana Shamim was questioned about the report which mentioned that he took the oath and signed an affidavit in Nawaz Sharif’s office in London.

On December 13, the IHC had deferred the decision of framing of charges in a contempt of court case against Rana Shamim and others till December 20.

Earlier, the former GB judge’s counsel mentioned that his client had promised that he never leaked the affidavit. The court demanded evidence to be presented regarding the public opinion that was created after the news of the affidavit surfaced.

On November 15, IHC Chief Justice Athar Minallah, under the Contempt of Court Ordinance, took notice of a news story, which quoting Rana Shamim’s affidavit, claimed that in 2018 Nisar influenced judicial proceedings to prolong the detention Nawaz Sharif and his daughter Maryam Nawaz following their conviction in the Avenfield apartments reference.