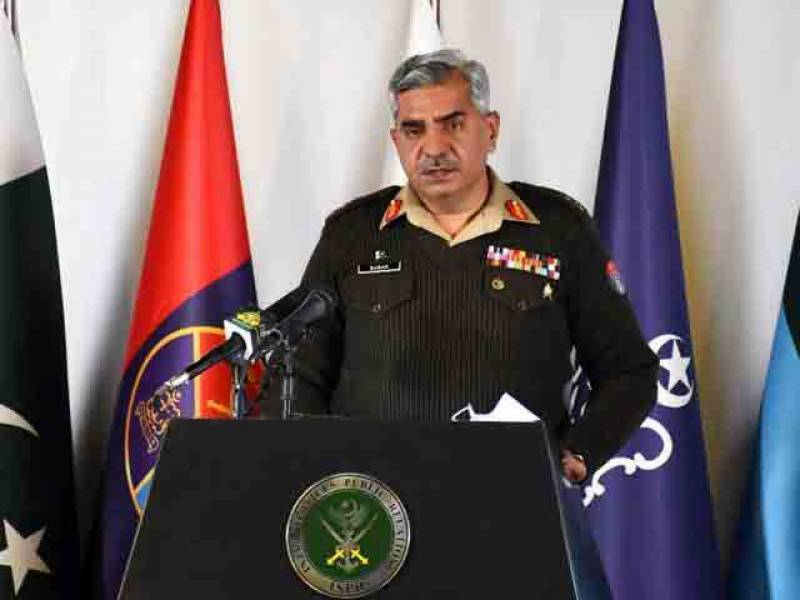 In his posts on Twitter tweets, the DG ISPR termed National Security Policy as an important milestone in strengthening national security of the country.

Armed Forces will play their due part in achieving the vision laid out in the policy, the statement added.

…in evolving global environment through a whole of government effort. Pakistan’s Armed Forces will play their due part in achieving the vision laid out in the policy. (2/2)

The statement of the chief military spokesperson comes hours after the federal cabinet approved the Pakistan’s first-ever NSP 2022-2026, which aims at bolstering the country’s economic security and tackling external as well as internal challenges.

Briefing the media in Islamabad about the decisions taken by the federal cabinet, which met in Islamabad today with Prime Minister Imran Khan, the NSA said it is an umbrella document, which entails human security as well as population, health, climate, water, food, energy, and gender security. He said education has been clubbed with the economy.

“The process of formulating the NSP had begun in 2014 and this document has been approved after getting input from all civil and military institutions, including the private sector,” Dr Moeed Yusuf said, adding that Prime Minister Imran Khan will launch the public version of NSP in coming days.

The session, presided over by Prime Minister Imran, was attended by the federal ministers for foreign affairs, defence, information and broadcasting, interior, finance and human rights, the national security adviser, services chiefs and senior officials.