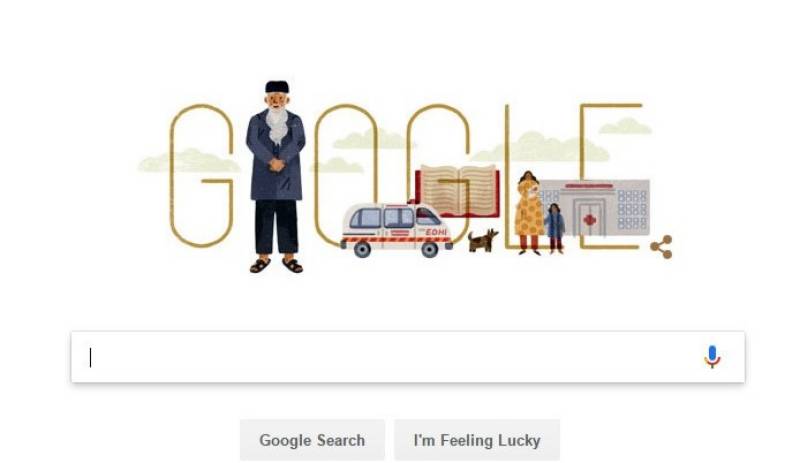 Edhi, who was born before partition in Bantva Gujarat, India on February 28, 1928 and passed away last July, would have been celebrating his 89th birthday on Tuesday.

The doodle shows Edhi standing in his characteristically simple attire. An Edhi ambulance and Edhi Home shelter can be seen in the background.

Describing the doodle, Google said the "Angel of Mercy" Edhi was being honoured for making it his life's mission to help others. "The Edhi foundation has helped thousands of people around the world in times of need, including survivors of Hurricane Katrina and thousands of Pakistani orphans.

Unlike wealthy individuals that fund charities in their names, Edhi dedicated his life to the poor from the age of 20, when he himself was penniless in Karachi . The reach of Edhi's foundation grew internationally, and in 2015 the organisation raised  $100,000 in aid relief for the victims of  Hurricane Katrina.

He died last year  in Karachi of renal failure.  He was offered treatment abroad,  but insisted on being treated in a government hospital at home.