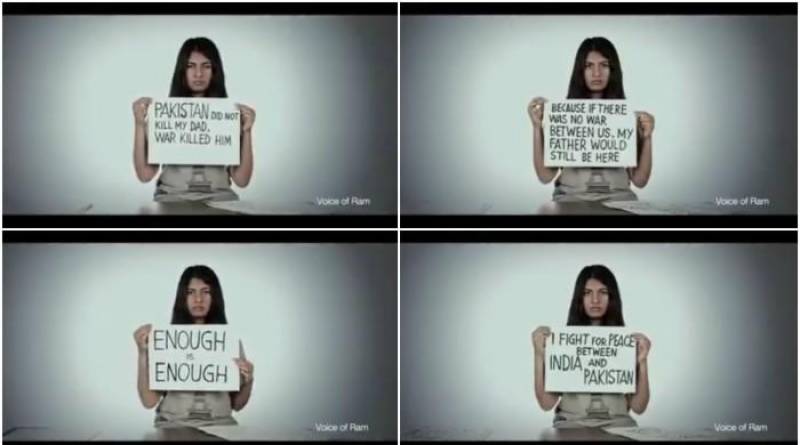 New Delhi (Web Desk): A young girl, daughter of an Indian army officer killed in the Kargil war, has received rape threats from the Bharatiya Janata Party (BJP) after she posted pictures with messages supporting peace efforts between Pakistan and India.

A Student wing of BJP, Akhil Bharatiya Vidyarthi Parishad (ABVP), led a campaign on social media against Gurmehar Kaur, bringing up the hatred of people against her.

The girls told the media that she have been getting a lot of threats on social media. She said its very cruel and brutal when people threaten someone with violence or with rape.

Kaur had put up a picture on her Facebook with a placard that read: "I am a student from Delhi University. I am not afraid of ABVP," after clashes between two student groups at the university Kaur goes to. Previously, she had also posted a few pictures with messages to promote peace between the two countries.

Many Indian people including famous cricketer Virender Sehwag and actor Randeep Hoda resorted to abuse her on Twitter to follow the suit of ABVP party’s online campaign.