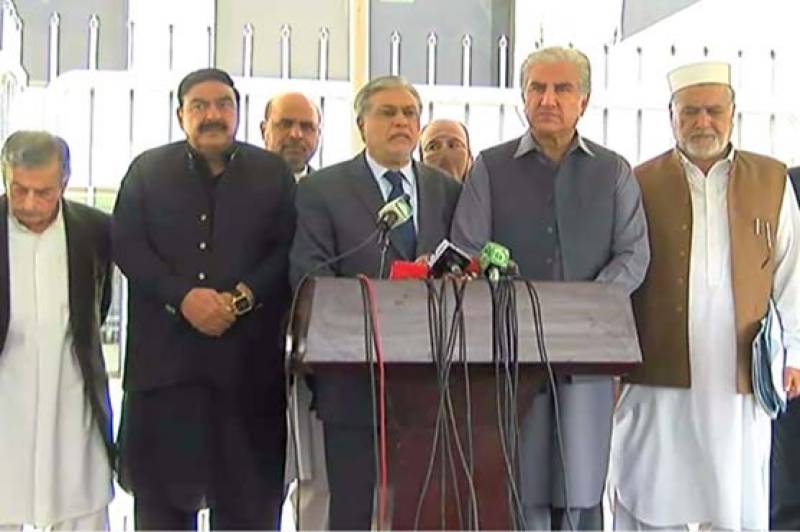 Islamabad (Staff Report): All parliamentarians agreed over the extension of military courts for two years.

The decision was taken in a parliamentary session, chaired by National Assembly Speaker Ayaz Sadiq, held today (Tuesday), while Pakistan People’s Party (PPP) did not take part in the session.

Finance Minister Ishaq Dar said while speaking to journalists after the parliamentary session, that the PPP has called an All Parties Conference (APC) on March 4. "No politics will be done on this particular issue," he said.

He further added that a National Assembly Session will be held on March 6 over the issue.

Pakistan Tehreek-e-Insaf (PTI) leader Shah Mehmood Qureshi said that country was suffering through torment circumstances. He added that even though extension of military courts was not the best decision but they had agreed over its extension hoping to resolve anguish across the country.