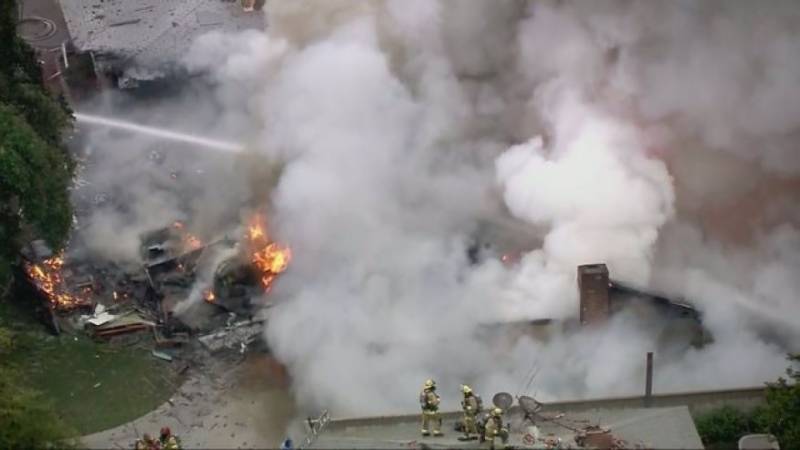 California: A small plane crashed into two houses in Riverside on Monday evening, killing at least four persons and injuring two others.

The Cessna 310 aircraft crashed shortly after taking off from Riverside Municipal Airport. The Federal Aviation Administration (FAA) said the plane was bound for San Jose. Riverside Fire Chief Michael Moore said the Cessna's occupants, a husband, wife and three teenagers, were returning to San Jose on Monday after a weekend cheerleading conference at Disneyland.

Moore says one of the teenagers, a girl, was thrown from the plane on impact and had only minor injuries. She was able to talk to firefighters about what had happened as she was taken to a hospital.

An unconscious victim from one of the homes is in surgery, Fox News reported.

Riverside Police Lt. Charles Payne told Fox 11 that four people were on the plane and the pilot was extricated from the crash. Riverside fire Capt. Tyler Reynolds said two additional victims were pulled from one of the houses that caught fire. It wasn't immediately clear whether the dead person was from the house or the plane. Three witnesses said they saw a woman claiming to be the pilot crawl from one of the houses with her clothes on fire.