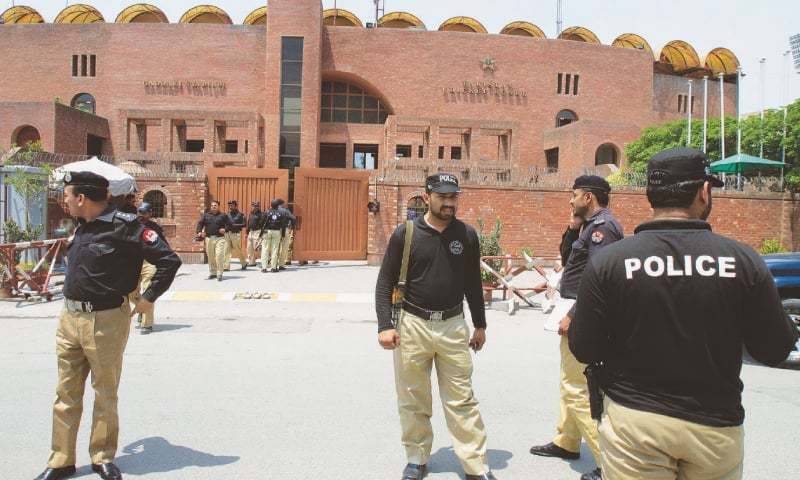 Lahore (Staff Report): Foolproof security arrangements have been completed under the strict supervision of Pakistan Army for the Pakistan Super League (PSL-2) final to be played in Lahore's Gaddafi Stadium on March 5.

According to details, strict security measures have been taken to avoid any untoward incident during the match. Over 7 thousand police personnel will be deployed for the security of Gaddafi Stadium including 12 SPs, 35 DSPs, 84 SHOs.

Both the finalist teams would be given head of state’s level security. The route from the hotel, where the players would stay, to Gadafi Stadium would closed for traffic and strict security would be ensured on the route, while security officials would be deployed atop all important buildings and skyscrapers on the route to stadium.

Aerial surveillance of the route would also be carried out. Instructions have been issued to intensify installation of CCTV cameras at Gadafi stadium to monitor the crowd. Cameras with the capacity of recording 500 meters would be installed at the stadium.

Spectators will be checked through Walk-through-gates, Metal detectors and biometric verification after producing NIC identification. A four-layered security would be in place outside Gadafi stadium.

CM Punjab Shahbaz Sharif assured foolproof security plan for the PSL final in Lahore. He also appealed the public to fully cooperate with the government for holding of this match.

Before taking the decision, the Chief Minister held a series of meetings including two meetings of the Punjab Apex Committee.