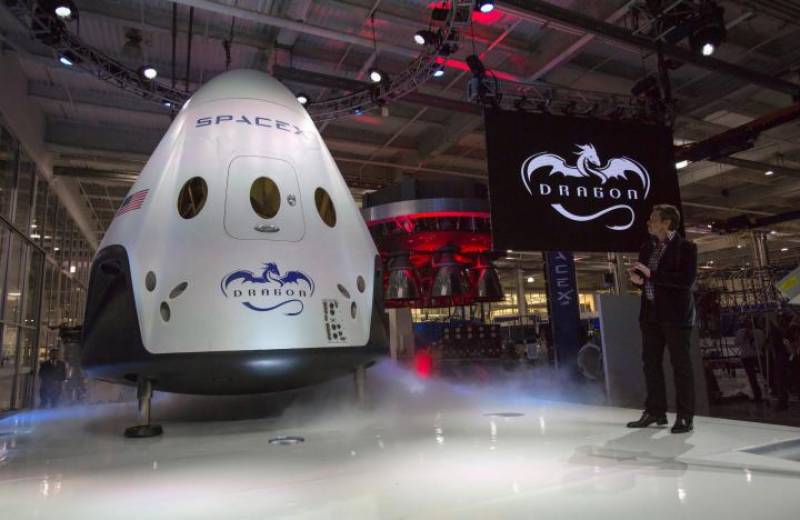 Florida: SpaceX plans to launch two paying passengers on a tourist trip around the moon next year using a spaceship under development for NASA astronauts and a heavy-lift rocket yet to be flown, the launch company announced.

The launch of the first privately funded tourist flight beyond the orbit of the International Space Station is tentatively targeted for late 2018, Space Exploration Technologies Chief Executive Elon Musk told reporters on a conference call.

Musk declined to identify the customers or say how much they would pay to fly on the weeklong mission, except to say that it is "nobody from Hollywood." He also said the two prospective space tourists, who know each other, have put down a "substantial" deposit and would undergo "extensive training before going on the mission."

"I think there's a market for one or two of these per year," he said, estimating that space tourist fares charged by SpaceX could eventually contribute 10 to 20 percent of the company's revenue. Plans call for SpaceX's two-person lunar venture to fly some 300,000 to 400,000 miles (480,000 to 640,000 km) from Earth past the moon before Earth's gravity pulls the spacecraft back into the atmosphere for a parachute landing.