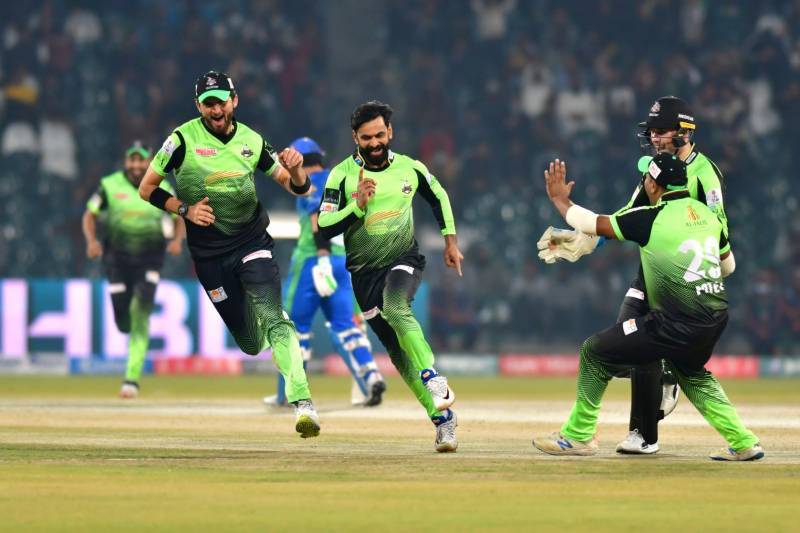 Qalandars won the toss and opted batting first against Sultans. Lahore Qalandars scored 180 runs for the loss of five wickets in twenty overs.

However, Mohammad Hafeez redeemed himself as he rescued franchise fluttering innings from 25 for 3 to help them on their way to a substantial 180. Harry Brook smashed a 22-ball 41 and David Wiese an 8-ball 28 added the much-needed points as Lahore’s Gaddafi stadium was a houseful.

Fakhar who failed with the bat, but was light wire in the field as he ran out Shan Masood with a brilliant direct-hit, and also took a great catch of Aamer Azmat to reduce Multan to 46-3.

Asif Afridi was removed four runs later, and the dangerous Rilee Rossow was sent back for 15 by young pacer Zaman Khan as Multan batters were falling like a pack of cards.