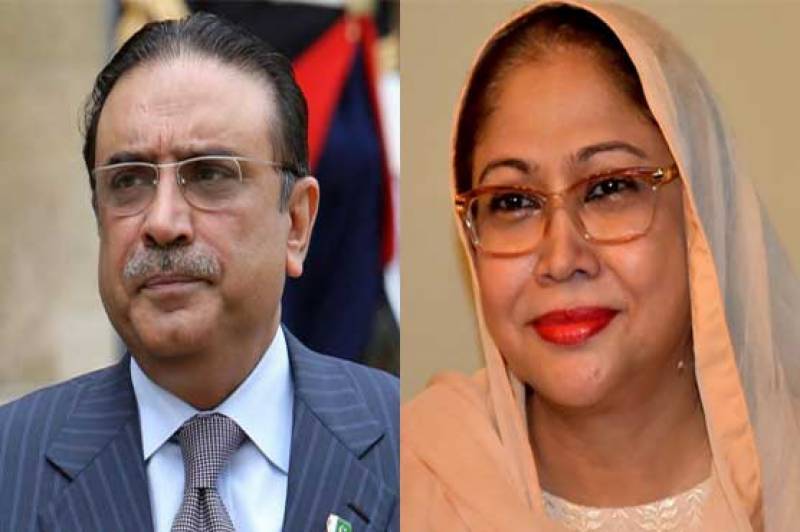 The petition filed by Pakistan Peoples Party (PPP) co-chairman and Talpur through their lawyer Latif Khosa states that the Federal Investigation Agency (FIA) failed to submit a final challan in the banking court and the agency was unable to find any evidence against them despite cooperation from all institutions.

The petition said that the Supreme Court decision will affect the “fair trial” and the top court’s January 7 should be reviewed.

The Joint Investigation Team (JIT) formed by the apex court had submitted a report alleging that a close nexus had been found between a troika of Zardari Group, Bahria Town and Omni Group in the ‘fake accounts' scam.