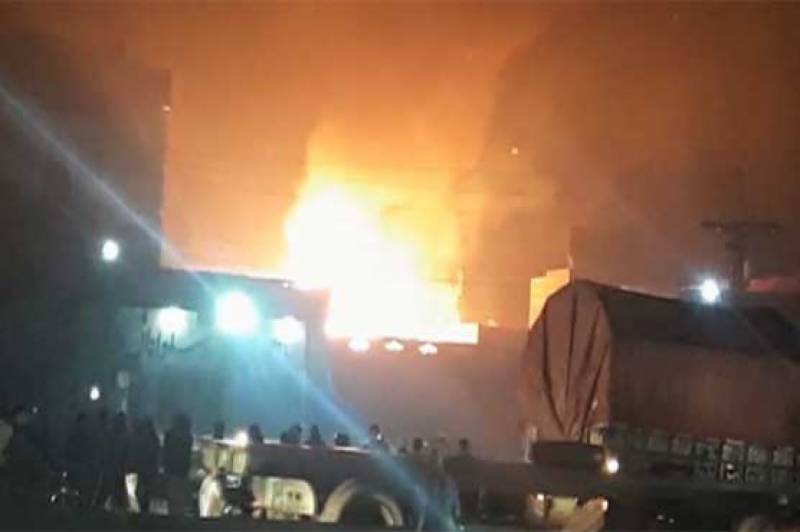 Lahore (Staff Report/Agencies): At least 11 people were killed and two others were injured after gas cylinders exploded at a perfume factory in Shahdara area of Lahore on wee hours of Tuesday.

The fire also caused the roof of the building to collapse, trapping other residents of the building beneath the debris as well as damaging the structure located adjacent to it.

According to rescue officials, the fire has been brought under control and cooling process is underway.

So far, the deceased have been identified as 37-year-old Jameel, 65-year-old Zahid, his wife Rashida bibi, six-year-old Areeba and nine-year-old Moosa.