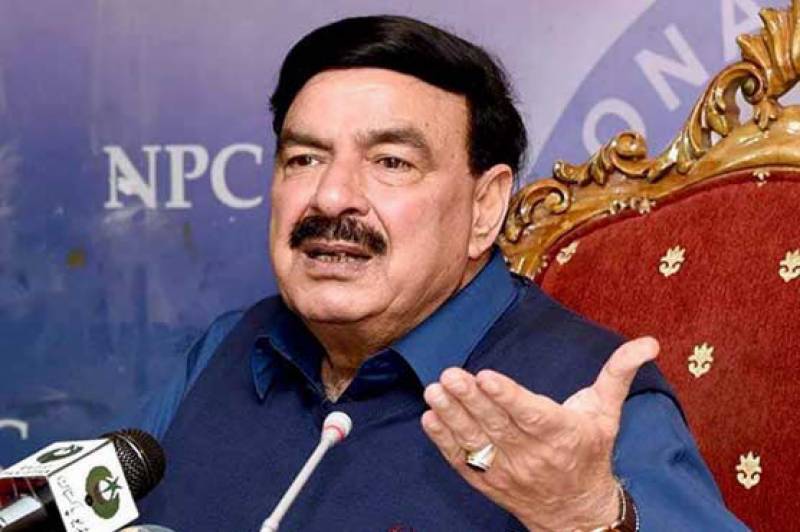 Islamabad (Staff Report/Agencies): The Supreme Court on Tuesday remarked that Federal Minister for Railways Sheikh Rashid should have resigned after the Tezgam tragedy which claimed 74 lives.

While hearing a case pertaining to losses incurred by the national organisation, a three-member bench comprising Chief Justice of Pakistan Gulzar Ahmed, Justice Ijaz-ul-Ahsan and Justice Sajjad Ali Shah expressed displeasure with the railways minister over his running of the organisation.

"Can you tell us about the progress you have made in the case? All your records are in front of us," CJP Gulzar said while addressing the minister during the today’s hearing.

"You should have resigned after the train inferno left 70 people dead," the top judge remarked. "Seventy people were burned to death. What is the progress of the investigation into the case?" he asked.

"Yesterday we were told that two people were fired. You fired lower-level employees, when will the higher-ranking ones be [dismissed]?" asked Justice Ahmed.

"We will also remove higher-level employees," said Rashid in response.

The court asked Ahmed to submit in court within two weeks a comprehensive plan to make the railways profitable.