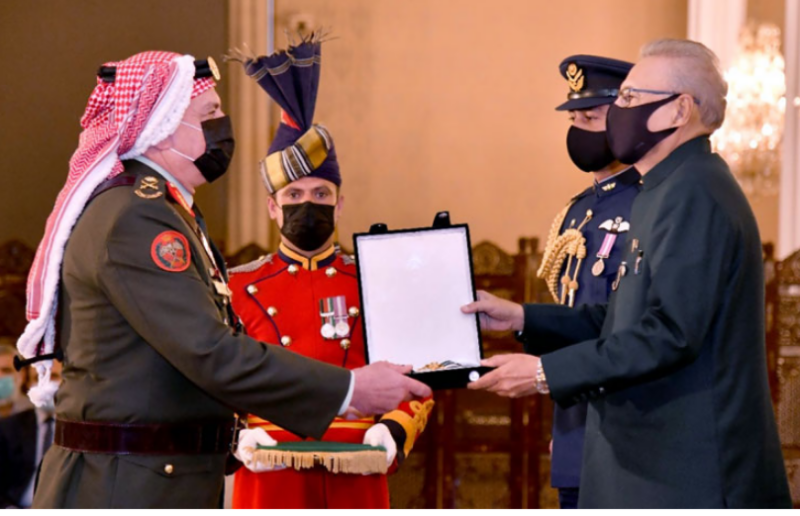 According to details, the president decorated Jordan’s CJCS at a special investiture ceremony at the Aiwan-e-Sadr.

A citation on the occasion read that the Chairman Joint Chiefs of Staff of Jordan Armed Forces was awarded in recognition of his services for strengthening defense ties between the two nations.