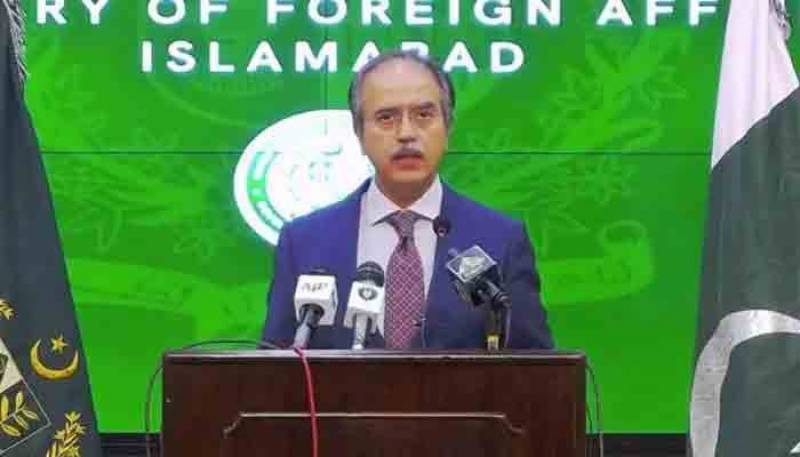 The spokesperson said Pakistan wants cordial relations with all its neighbours including India but New Delhi does not reciprocate in the same manner.

Asim Iftikhar dispelled the impression of any slowdown in projects under China-Pakistan Economic Corridor (CPEC).

He said both Pakistan and China are strongly committed to take CPEC forward and make it successful.

He said Pakistan had announced Rs5 assistance package, comprising 50,000 tons of wheat, medication, shelter and other things, for the people of Afghanistan.

The spokesperson said Islamabad has conveyed its willingness to Indian authorities allowing humanitarian assistance India has announced for Afghanistan, especially the provision of wheat, to pass through Pakistan's territory.