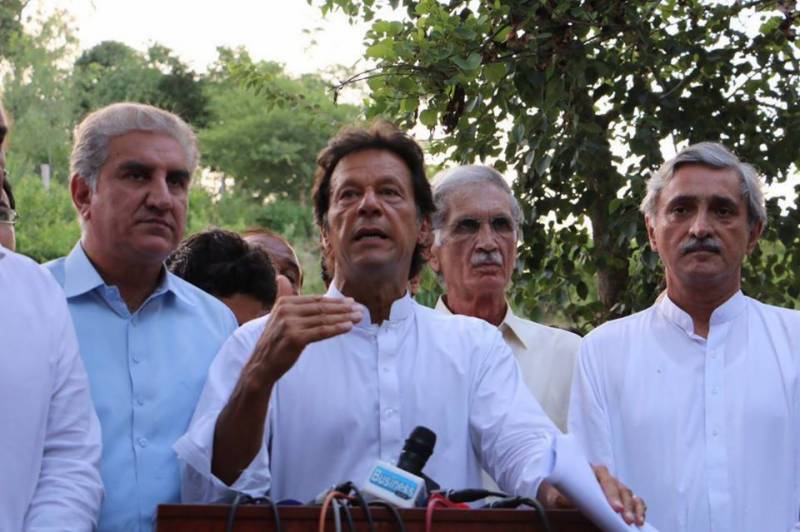 Islamabad (Staff Report): Pakistan Tehreek-e-Insaf chairman Imran Khan has said that foundation of 'Naya Pakistan' has been laid after Nawaz Sharif’s disqualification for life for being dishonest to the nation, in a landmark decision in the Panamagate case.

“I don’t have any personal grudges against anyone including Nawaz Sharif,” Imran told reporters hours after the apex court announced its verdict in the Panama Papers case.

"Pakistan has won today," Khan said while congratulating the nation, he also thanked the SC, the JIT for upholding the law.

"We can act egoistic and assume that we did this, but that is not true, Allah did this, we just struggled for it," he said.