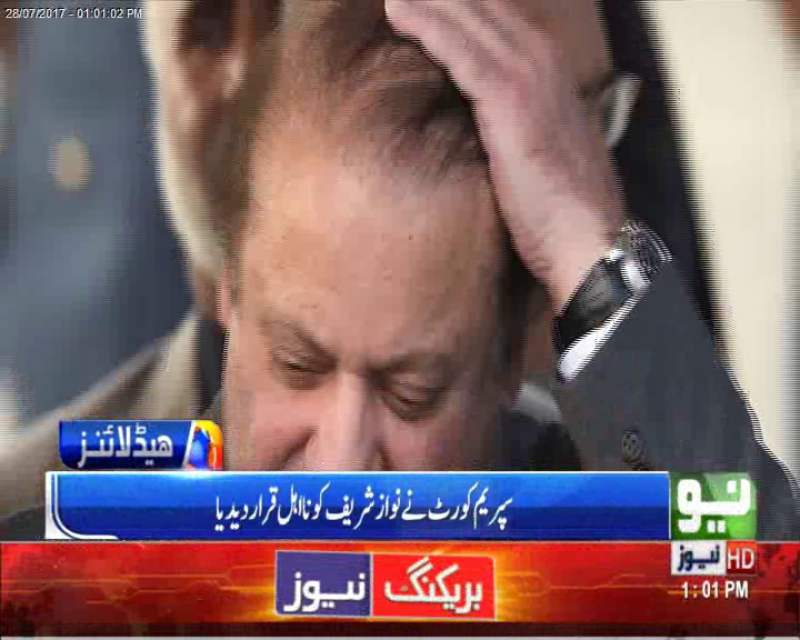 The National Accountability Bureau (NAB) shall within six weeks from the date of this judgment prepare and file before the Accountability Court, Rawalpindi/Islamabad, the following References, on the basis of the material collected and referred to by the Joint Investigating Team (JIT) in its report and such other material as may be available with the Federal Investigation Agency (FIA) and NAB having any nexus with assets mentioned below or which may subsequently become available including material that may come before it pursuant to the Mutual Legal Assistance requests sent by the JIT to different jurisdictions:-

b) Reference against respondents No. 1, 7 and 8 regarding Azizia Steel Company and Hill Metal Establishment, as indicated in the main judgment;

d) Reference against respondent No. 10 for possessing assets and funds beyond his known sources of income, as discussed in paragraph 9 of the judgment unanimous rendered by Mr. Justice Ejaz Afzal Khan, Mr. Justice Sh. Azmat Saeed and Mr. Justice Ijaz ul Ahsan;

e) NAB shall also include in the proceedings all other persons including Sheikh Saeed, Musa Ghani, Kashif Masood Qazi, Javaid Kiyani and Saeed Ahmed, who have any direct or indirect nexus or connection with the actions of respondents No. 1, 6, 7, 8 and 10 leading to acquisition of assets and funds beyond their known sources of income; f) NAB may file supplementary Reference(s) if and when any other asset, which is not prima facie reasonably accounted for, is discovered;

g) The Accountability Court shall proceed with and decide the aforesaid References within a period of six months from the date of filing such References; and

h) In case the Accountability Court finds any deed, document or affidavit filed by or on behalf of the respondent(s) or any other person(s) to be fake, false, forged or fabricated, it shall take appropriate action against the concerned person in accordance with law.

2. It is hereby declared that having failed to disclose his un-withdrawn receivables constituting assets from Capital FZE Jebel Ali, UAE in his nomination papers filed for the General Elections held in 2013 in terms of Section 12(2)(f) of the Representation of the People Act, 1976 (ROPA), and having furnished a false declaration under solemn affirmation respondent No. 1 Mian Muhammad Nawaz Sharif is not honest in terms of Section 99(f) of Const. Ps. No. 29-30/2016 & 03/2017. 24 ROPA and Article 62(1)(f) of the Constitution of the Islamic Republic of Pakistan, 1973 and therefore he is disqualified to be a Member of the Majlis-e-Shoora (Parliament).

3. The Election Commission of Pakistan shall issue a notification disqualifying respondent No. 1 Mian Muhammad Nawaz Sharif from being a Member of the Majlis-e-Shoora (Parliament) with immediate effect, where after he shall cease to be the Prime Minister of Pakistan;

4. The President of the Islamic Republic of Pakistan is required to take all necessary steps under the Constitution to ensure continuation of the democratic process.

5. The Hon’ble Chief Justice of Pakistan is requested to nominate an Hon’ble Judge of this Court to supervise and monitor implementation of this judgment in letter and spirit and oversee the proceedings conducted by NAB and the Accountability Court in the above mentioned matters.

6. This Court commends and appreciates the hard work and efforts made by Members of the JIT and their support and ancillary staff in preparing and filing a comprehensive and detailed Report as per our orders. Their tenure of service shall be safeguarded and protected and no adverse action of any nature including transfer and posting shall be taken against them without informing the monitoring Judge of this Court nominated by the Hon’ble Chief Justice of Pakistan.

8. These petitions are thus disposed of in the terms mentioned above.