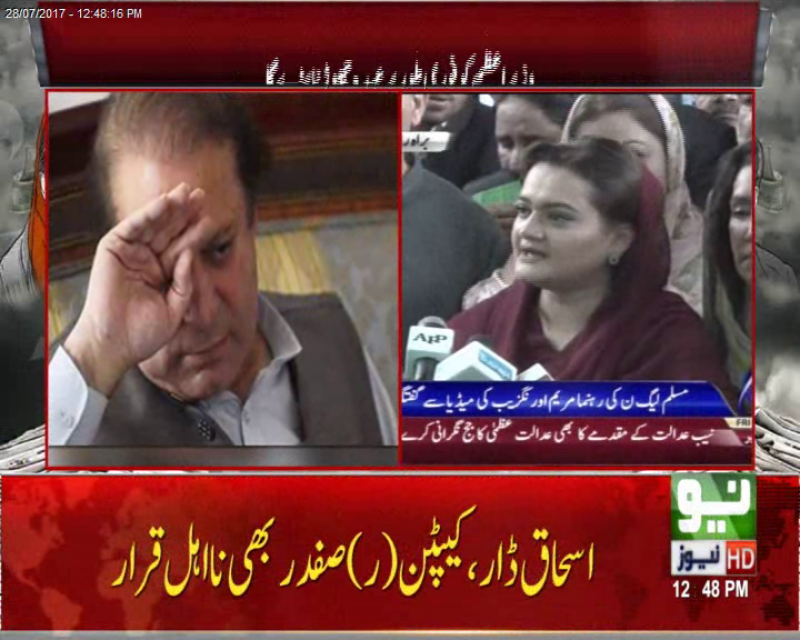 Islamabad (Staff Report): Former minister of state for information Marriyum Aurangzeb has said the time is not far when Nawaz Sharif will become prime minister for the fourth time.

Shortly after the Supreme Court ruled that the prime minister Nawaz Sharif had been dishonest to parliament and the courts and could not be deemed fit for the prime minister’s office Marriyum Aurangzeb claimed the verdict doesn’t prove any corruption allegations against the PM.

“Today’s Supreme Court verdict doesn’t prove corruption allegations against Nawaz Sharif,” she told reporters on Friday. “History bears witness that whenever Nawaz Sharif was removed from political scenario, the nation brought him back in Parliament with even more votes.”