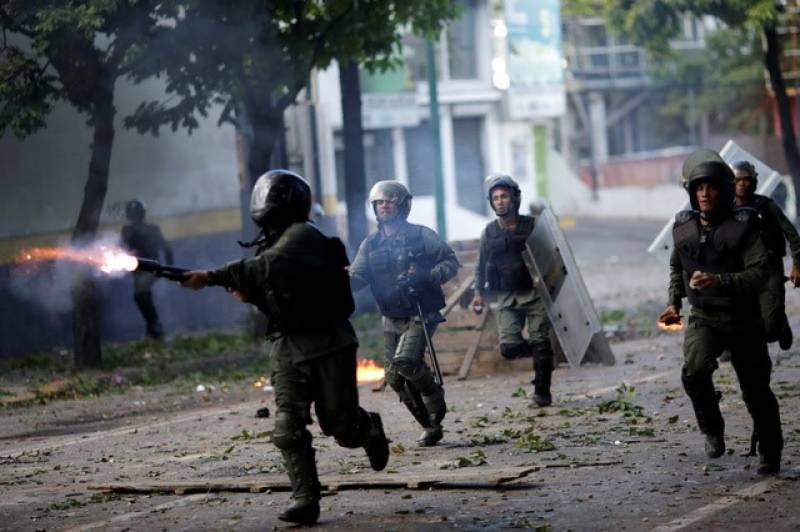 Caracas (Reuters): The US government ordered family members of employees at its embassy in Venezuela to leave on Thursday as a political crisis deepened ahead of a controversial vote critics contend will end democracy in the oil-rich country.

Violence continued to rage on the street, with another seven people killed during the latest opposition-led strike against President Nicolas Maduro's planned election for a powerful new Constituent Assembly on Sunday.

Adding to Venezuela's growing international isolation, Colombian airline Avianca suddenly stopped operations in the country on Thursday due to "operational and security limitations".

Maduro's critics were planning to pile more pressure on the unpopular leftist leader by holding roadblocks across the nation dubbed "The Takeover of Venezuela" on Friday.

The government banned protests from Friday to Tuesday, raising the likelihood of more violence in volatile Venezuela. Many people have been stocking up food and staying home.

As well as ordering relatives to leave, the US State Department on Thursday also authorized the voluntary departure of any US government employee at its compound-like hilltop embassy in Caracas.

President Donald Trump has warned his administration could impose economic sanctions on Venezuela if Maduro goes ahead with the vote to create the legislative superbody.

The Constituent Assembly would have power to rewrite the constitution and shut down the existing opposition-led legislature, which the opposition maintains would cement dictatorship in Venezuela.