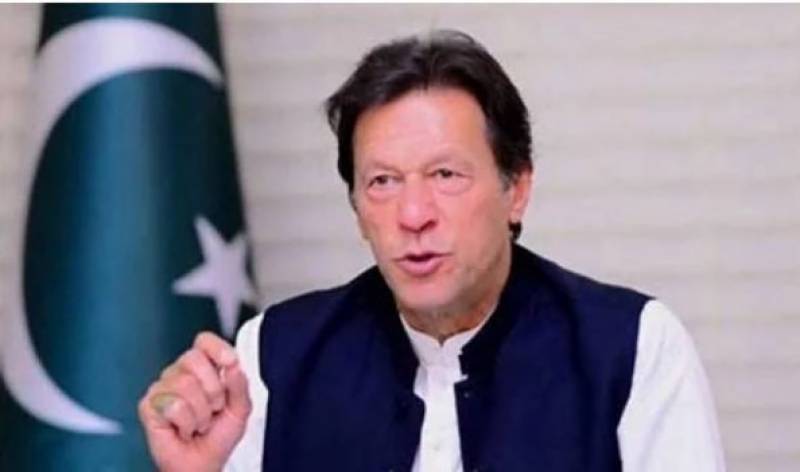 In a tweet, the premier also asked the people to stay alert and take special care.

With the heavy monsoon rains I want to alert and caution our citizens to take special care. I have also directed all the relevant reponse agencies including NDMA to be on high alert with ready & rapid emergency response actions.

It is pertinent to mention that several areas of the federal capital experienced urban flooding after a cloudburst caused heavy rainfall.

The heavy rains wreaked havoc in the twin cities forcing the authorities to seek the military’s assistance in rescue efforts.

Cloudburst in Islamabad has caused flooding in various areas. Teams are clearing nullahs/roads. Hopefully we will be able to clear everything in an hour. Everyone is requested to plz cooperate and restricted unnecessary movement for next 2 hours.

"It is to clarify that weather system was forecasted earlier vide weather advisory issued by PMD on 26th July 2021 and was disseminated to NDMA and print and electronic media. This was extensive heavy rainfall and cannot be termed as a cloud burst," the PMD statement said.

The clarification was later retweeted by Shafqaat.

Meanwhile, Interior Minister Sheikh Rashid said the army and other local authorities were present in the federal capital to deal with the situation.

"The army is alert, Water and Sanitation Agency (WASA) is alert and the whole administration is on duty," he said.

Following the flooding in Islamabad, Punjab Chief Minister Usman Buzdar issued an alert due to the threat of flooding in adjoining city Rawalpindi's Leh Nullah, and asked Rescue 1122 to "put in place all the arrangements to deal with any emergency-like situation".