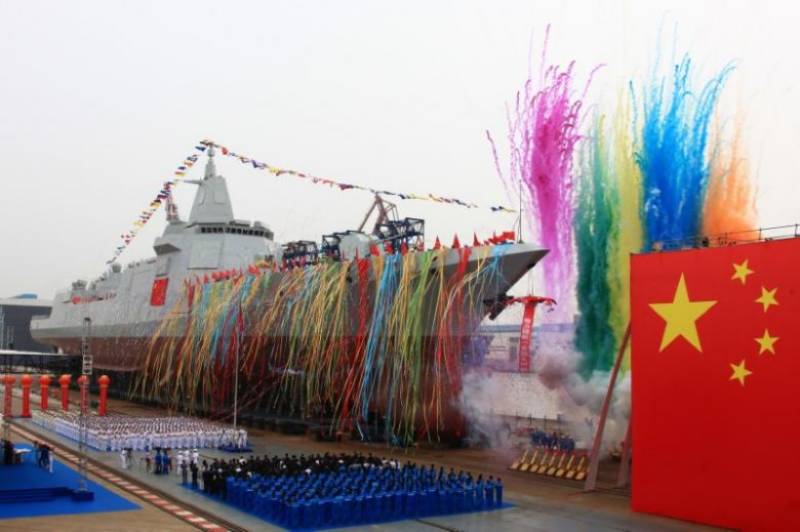 The 10,000-tonne warship was launched at the Jiangnan Shipyard in Shanghai, the official Xinhua news agency said, making it the first of the People's Liberation Army Navy's "new generation" destroyers.

The state-run Global Times newspaper said the ship was believed to be the first Type 055 destroyer, which is considered to be a successor class to the smaller Type 052D guided missile destroyers.

China is still producing the latter and commissioned one, the Xining, in January.

Chinese media showed photos of the new ship covered in streamers and flags and flanked by rows of sailors.

The vessel will have to undergo planned testing before it is commissioned into use.

China is producing warships at a rapid clip as it modernizes its navy, which has been taking an increasingly prominent role among the country's armed forces.

State media has said that the navy commissioned 18 ships, including destroyers, corvettes and guided-missile frigates in 2016.

China's naval build-up, and it's increasingly assertive stance over disputed territory in the South China, has unnerved its neighbors.

China claims almost all the South China Sea, believed to have huge deposits of oil and gas, through which about $5 trillion in ship-borne trade passes every year, and has been building up military facilities like runways on the islands it controls.

Brunei, Malaysia, the Philippines, Taiwan and Vietnam also have claims.