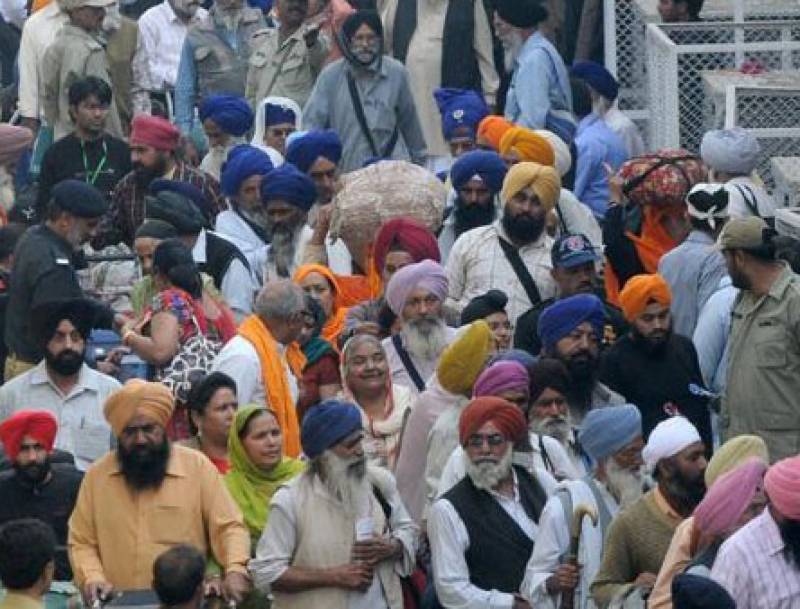 Lahore (Staff Report): Indian government has stopped over three hundred Sikh Yatrees, who were expected to visit Lahore today, to participate in the death anniversary of Maharaja Ranjeet Singh in Pakistan.

Evacuee Trust Property Board (ETPB) spokesman Amir Hussain Hashami confirmed that the Indian government has been making the lame excuses that security situation in Pakistan is not satisfactory.

He said that Pakistani government had already issued the visas for Sikh Yatrees.

The Sikhs Yatrees are holding protest on other side of the border against the Indian government for this violation.

He said that dialogue is under way between Pakistani and Indian officials for the solution of this issue.