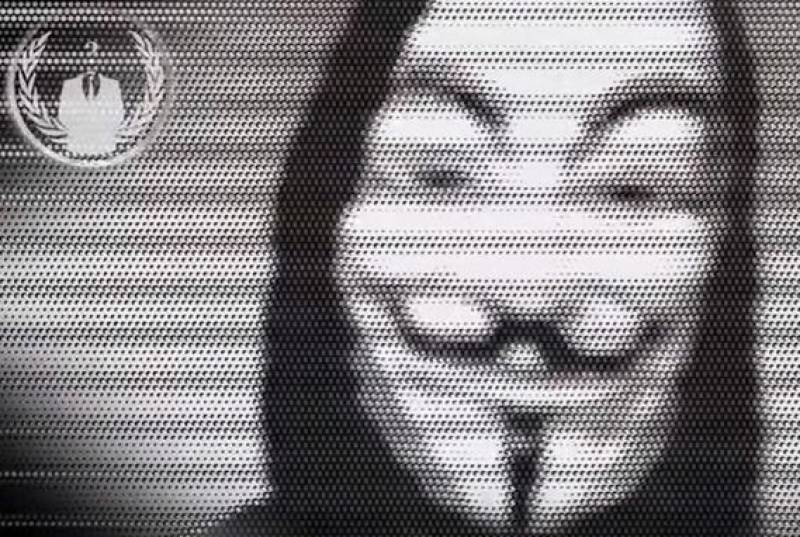 Washington (Web Desk): For a while online this week, the word was that hacker collective Anonymous may have uncovered an imminent announcement from NASA about the discovery of alien life in the universe. The whole thing was a massive YouTube and tabloid click-bait fail that went so viral it forced NASA's head of science to set the record straight.

Over the weekend I saw a link to a shoddy video on Anonymous Global's YouTube channel beginning to circulate online. I gave it a watch but didn't give any thought to writing about it because it was a pretty clear play for views, like so many other spammy videos about alien conspiracies and countless fake (or at least poorly researched and reported) news stories we've seen.

The video, which features a voice-over along with some images of old UFO footage and a person in a Guy Fawkes mask that has come to symbolize Anonymous, doesn't even present any real evidence of a new alien conspiracy.

"We are on the verge of making one of the most profound, unprecedented discoveries in history," the video quotes Zurbuchen.

Zurbuchen was speaking about the long term, as in the next several years or few decades, but that's not the sense you get from the video.

Despite all this, which is very easy to sort out by spending a few minutes watching the testimony online, or any of Zurbuchen's public statements over the past several months, a number of media outlets ran with headlines suggesting Anonymous may have uncovered NASA's big alien secret and the whole thing went viral. So much so, that Zurbuchen himself made the rare move of debunking it on Twitter.

It's true NASA talks about the potential for alien life in the universe quite frequently. Most of the astronomers and scientists I've spoken with about it at the space agency and elsewhere believe we'll find solid evidence of life beyond Earth in the next decade or two or three.

In fact, it seems like every other month NASA or some other group of astronomers is holding another press conference about the latest discovery involving an exoplanet that could be habitable, or the building blocks of life floating around in the outer system and even promising finds next door on Mars.

NASA and others usually take a moment during these occasions (or when summoned to testify before Congress) to say something about how we're inching ever closer to the inevitable day when an announcement will be made about the possible discovery of an actual alien life-form.

Scientists are rightfully excited about this and feel it could come relatively soon because a number of pieces of next-generation hardware like the James Webb Space Telescope will come online over the next couple of years. They'll provide powerful new tools to finally, hopefully, spot signs of an actual E.T., even if it's just some kind of alien microbes.

But it hasn't happened yet. No reputable astronomer or scientist has claimed to have discovered alien life. When NASA and others indicate that we're getting closer, it's because we certainly are. And yes, it's also in the best interest of Zurbuchen and his colleagues around the world to increase public interest and excitement about finding alien life to help ensure continued funding for the projects that could make it a reality, like the James Webb Space Telescope.

As for Anonymous, keep in mind it's not really a centralized organization and pretty much anyone can choose to affiliate with the brand, which is what the YouTuber who posted the video seems to have done. The channel description even emphasizes that "technically everyone and anyone is Anonymous."

Then again, if that's true, it means the aliens are Anonymous too, right? So maybe whoever created the video really did have some out-of-this-world sourcing. For now, I'm still taking NASA at its word.