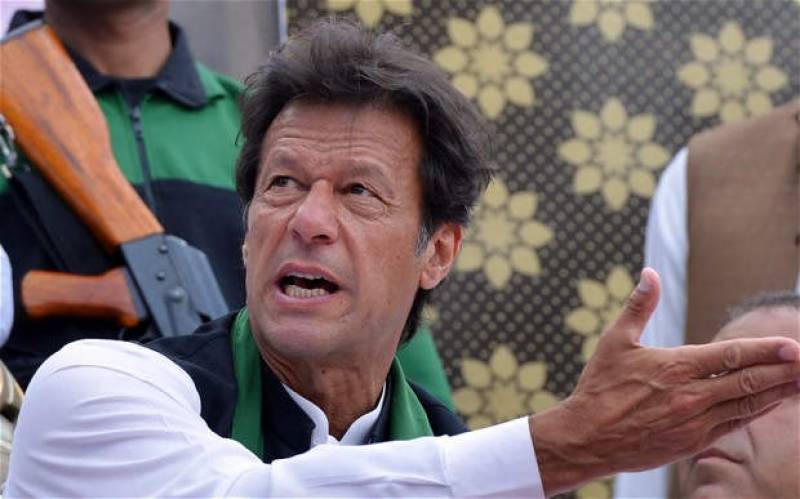 Islamabad (Staff Report): Pakistan Tehreek-e-Insaf (PTI) Chairman Imran Khan on Wednesday issued a stern warning to Prime Minister Nawaz Sharif, stating that any objection against the JIT probing the Sharif family is equivalent to raising an objection against the Supreme Court adding that the prime minister is responsible for his children being dragged into the scandal.

The PTI chairman said while speaking to the media, “Nawaz Sharif, in his press conference, said the JIT did not answer his questions. He should know that it is a criminal investigation and he is accused of money laundering.”

He further said that it was apparent from Nawaz Sharif's talk in London that the verdict of the Panama Leaks case was going against his expectations.

The cricketer-turned-politician also said that the names of the premier's children had been dragged into the scandal because of Nawaz Sharif.

“PM Nawaz sent his money abroad in the name of his children to save himself. He is responsible for the JIT summons.”

He further said that the entire nation was following the Panama Leaks case. Imran said that Nawaz Sharif was supposed to provide the answers to 13 questions which he had failed to do.

"I would like to congratulate the nation before the verdict of the JIT is announced," he said.