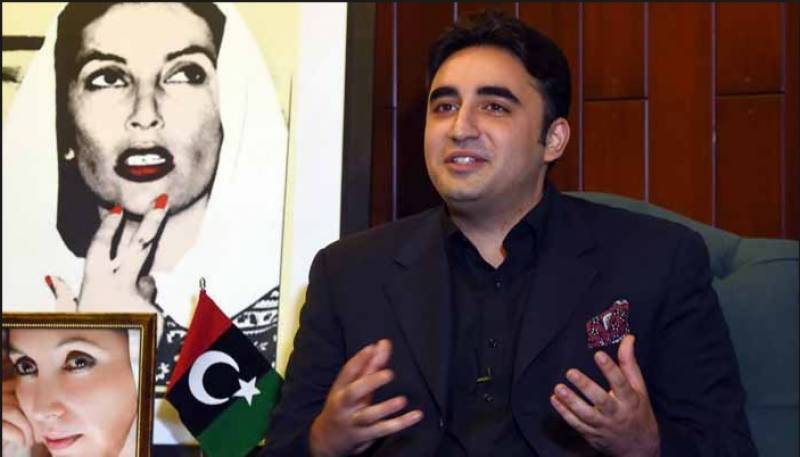 Addressing the ceremony in Islamabad on Thursday, the ambitious Bilawal outlined that the election manifesto marks the practical beginning of his political career, claiming that he would like to present the solution to the grave issues faced by the country at the moment.

‘Today, Pakistan is under debt and is being isolated on the diplomatic front. It is facing an isolation and is not listened to in the international fora despite rendering sacrifices in men and material,’ shared Bilwal and highlighted that once the World Super Power was made to apologize.

The 29-years-old politician expressed that everywhere in today’s Pakistan is a pileup of issues and PPP will present solutions to resolve all of these problems.

Bilawal Bhutto explained that his party will continue struggle to establish the South Punjab province, for which many political forces are unveiling policies.

“We will include Fata in the national mainstream as soon as possible.” he declared.

The ‘junior Bhutto’ explained that his party focused on resolving issues relating to education, health and other basic necessities.

‘We will also focus on resolving two major issues perturbing the youth; unemployment and opportunities,’ said the chairman.

Sharing that measures will have to be taken to give a boost to industrial progress and development, Bilawal said that his party will opt zero tax policy for the textile sector after assuming power.

“We will introduce measures to increase synergy between national institutions,” Bilawal said and added that the rulers need to ensure there’s no exploitation of the weak and the marginalised.

“We will not compromise on national integrity,” Bilawal remarked.

The aspiring lawmaker expressed that PPP’s manifesto will make the rulers answerable to the masses.