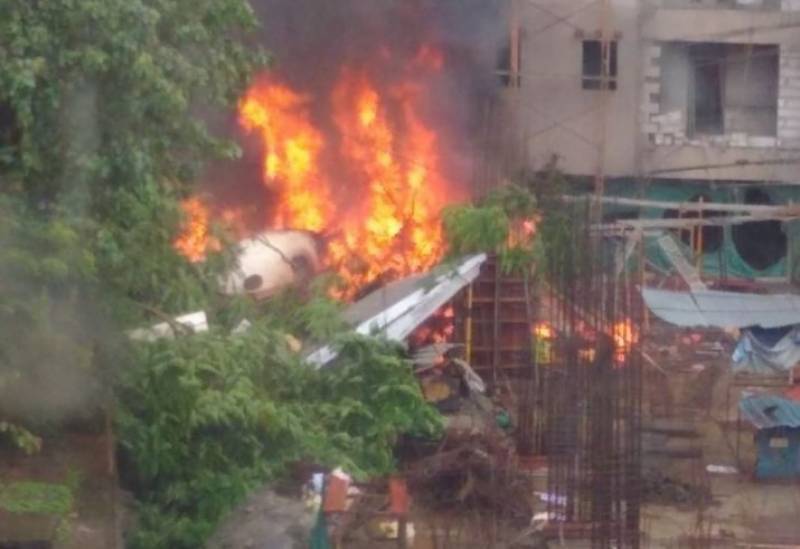 There were four people on the 12-seater aircraft when it crashed, disaster management officials said, with witnesses reporting hearing a "loud explosion" as it smashed into a half-built structure.

"There was a huge explosion and the adjacent tree caught fire and the fire spilled on the streets," a man was quoted as saying on the NDTV news channel.

"Initially we assumed an electric box in the under construction building must have caught fire but when we checked out the spot, we found the charred body of a man who apparently was on bike when the plane crashed," he added.

A woman, who was also not named, reported hearing three loud explosions and described seeing a "major fire".

Video footage posted online showed bright orange flames licking the side of a building next to a construction site.

#CharteredPlane crashes in #Mumbai - It was the Pilot who took a courageous decision. As soon as he got to know that engine has failed, he tried to land at a place which would result in min casualities. pic.twitter.com/UGiICizF8R

Other images shot after the fire was put out showed firemen sifting through the twisted wreckage of the twin-prop plane as crowds looked on.