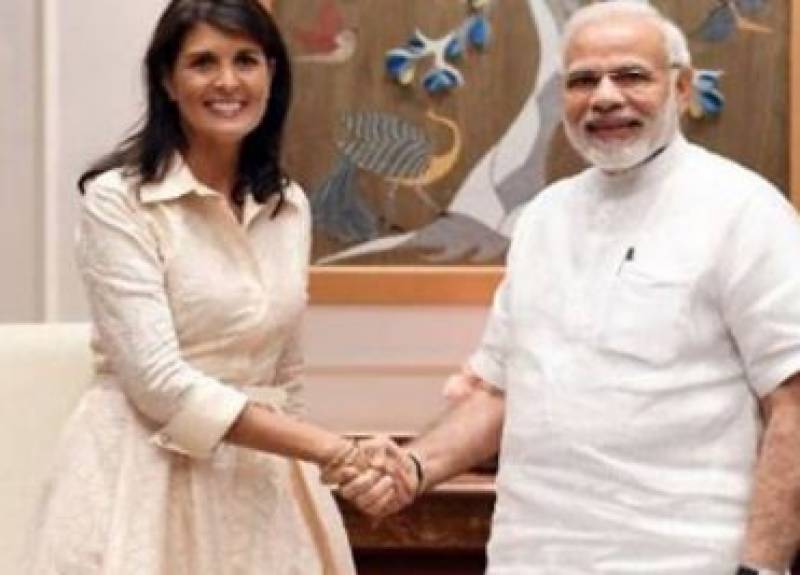 New Delhi (Agencies): US Ambassador to the United Nations Nikki Haley said on Thursday that a top-level strategic dialogue with India will take place as soon as possible.

Among the issues on the agenda for next week's talks were arms sales including the transfer of Sea Guardian surveillance drones to the Indian navy, the first such sale of unmanned aircraft.

India and the United States have built close political and defence ties and US Secretary of State Mike Pompeo and Defence Secretary Jim Mattis were due to hold joint talks with their Indian counterparts in Washington on July 6.

But Pompeo called Indian Foreign Minister Sushma Swaraj on Wednesday night to say that the United States had to postpone the meeting because of unavoidable reasons, the Indian foreign ministry said.

The so-called two-plus-two talks are the highest level of dialogue between the United States and India and were agreed by US President Donald Trump and Indian Prime Minister Narendra Modi last year.

The meeting was originally planned for April but that had to be put off because Trump fired Secretary of State Rex Tillerson the previous month and Pompeo went through confirmation hearings before the US Congress.