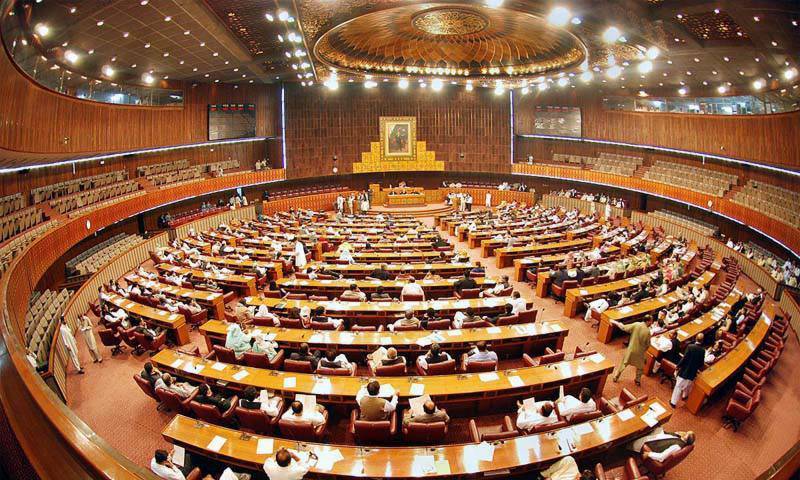 Islamabad (Agencies): The National Assembly on Friday passed the Finance Bill 2019, giving legal effect to the budgetary proposals for the next fiscal year.

The Finance Bill was moved by Minister of State for Finance and Revenue Hammad Azhar.

The total outlay of the budget was Rs7.022 trillion, focusing on fiscal consolidation, revenue mobilization, austerity measures and protection to the vulnerable segments of society.

At the start of the proceedings, Minister of State for Revenue and Finance Hammad Azhar moved the motion to present the finance bill before the house for consideration and voting.

After voice voting on the motion to introduce the bill, the opposition challenged the vote and asked the Speaker for a head count.

One hundred and seventy six (176) members of treasury benches favoured the motion while 146 members of opposition opposed it.

After passage of the motion with majority vote, Minister for Revenue introduced the finance bill which was passed by the house with a majority of votes.

The amendments were related to changes in tax rates and finance bill, tax exemptions and abolition of interest on bonds.

The House will now meet at 11a.m. on Saturday.