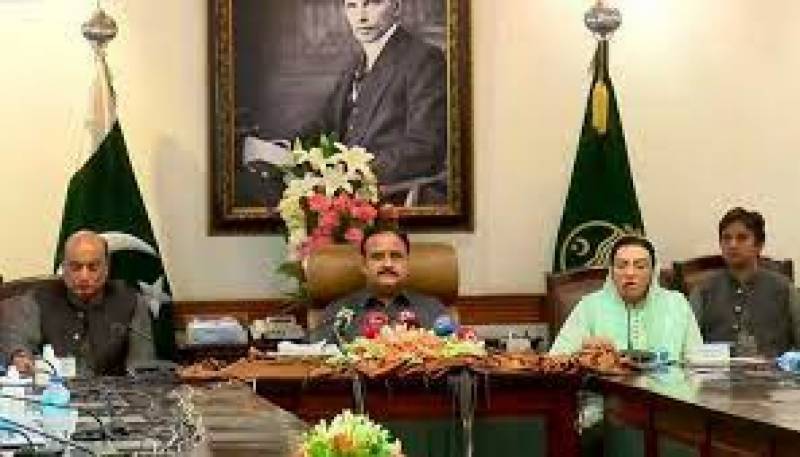 Addressing a press conference in Lahore, he said that terrorists involved in the explosion were arrested in raids during last four days.

"The Punjab government established an investigation team. I am satisfied to tell you that the investigation was started by the Counter Terrorism Department (CTD) and the suspects were identified within 16 hours," CM Buzdar said, adding that the terrorists were arrested within four days during raids in the country.

The Punjab CM lauded the CTD Punjab for pursuing the case in a professional manner to expose those who were behind the attack.

Terming it a ‘big success’ for the Punjab government, Buzdar elaborated that the buyer of the vehicle involved in the attack and those tasked with planting the explosives and executing the plan had been arrested.

Sharing details of the investigation, Punjab Inspector General of Police (IGP) Inam Ghani said the police tried to go beyond identifying the car used in the blast and within a few hours, the police had reached the people who owned the car and gained information about how they had gotten it.

"10 Pakistanis were arrested in connection with the blast comprising both men and women", he said, adding that Punjab police has also managed to identify the people who are part of the foreign agency involved in the incident.

The IGP said that (the information) was shared with the intelligence agencies as to who the members of these anti-state agencies were.

A JIT has also been constituted under the chief minister's directives, to investigate the case further" he added.

“The way this attack was carried out indicates that this was not the first time this group was carrying out subversive activities in Pakistan,” he said.

The IGP said the police would investigate what previous cases the suspects were involved in and the hostile intelligence agencies they were linked to, expressing the hope that the police would prosecute the case in a "good way" so those involved would be convicted.

In response to a question, the Punjab police chief rejected media reports that the suspect's name had been listed under the Fourth Schedule of the Terrorist Act.

Ghani said the car used in the explosion had been stolen in 2010 but had been recovered by police in 2011.

“As per footage obtained from a CCTV camera, it can be seen that a police officer had stopped the car from but it had Superdari [vehicle seized by police during a criminal case but later released to the person entitled to its possession] documents,” Ghani said.

Sharing the additional details about the suspect who carried out the attack, the IGP said that though he has origins in Khyber Pakhtunkhwa, but the man is a resident of Punjab and speaks fluent Punjabi.

When asked which country the hostile intelligence agency was from and whether its agents were operating in Pakistan, he replied that it would "not be appropriate" to mention them.

"These hostile agencies cannot come inside Pakistan because of how our agencies and immigrations [department] are working. They find agents in Middle East countries. So, no person of an external agency comes and carries out [attacks] himself," the Punjab IGP said.

On June 23, at least three people died and several others were injured when an explosives-laden vehicle in Lahore’s Johar Town area.