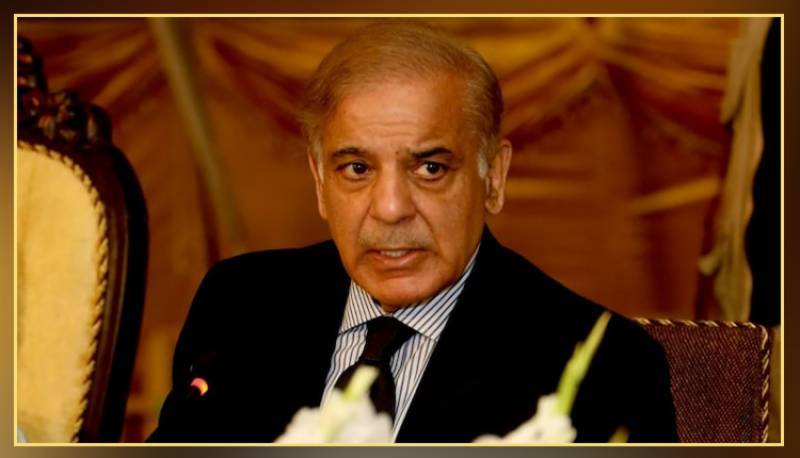 Islamabad (Web Desk): Prime Minister Shehbaz Sharif on Tuesday expressed the resolve to steer Pakistan out of the financial crisis and take the country towards economic stability in the next 14 months.

Addressing the inaugural session of "Turn Around Pakistan" conference in Islamabad, the premier said economic self-reliance was the key to achieving the goals of development and prosperity.

PM Shehbaz said Pakistan will receive  $2 billion tranche from the International Monetary Fund (IMF) but our ultimate goal is to achieve self-reliance as it only guarantees to independently take political and economic decisions.

The prime minister said the country is faced with difficult challenges but it is our utmost effort to collectively steer the country out of them.

He expressed satisfaction that majority of the affluent class has accepted the super tax which will help generate Rs230 billion.

PM Shehbaz assured that this money will not be spent on current expenditures but will be used for economic development.

He said that a policy will be framed very soon which will encompass these development schemes.

The prime minister asked participants of the conference to give suggestions for uplifting agriculture and agro based industries and bolstering of exports besides that do away with obstacles in the way of businesses and investment. He said we want to end red-tapism and the culture of NOCs within a month.

He said the government imposed direct taxes and also the Super Tax to help the country become self-reliant.

Miftah said the previous government took Rs 20,000 billion loan in around four years which put a heavy burden on the national exchequer.

He mentioned that tax had been levied on rich and vowed to also bring the traders and shopkeepers into tax net.

Federal Minister for Planning Development and Special Initiatives, Ahsan Iqbal said the aim was to take input, understand and resolve hurdles in economic growth in order to place country’s economy back on track.

He said the solutions of the conference would be aimed at short term results, adding that if substantial, these due deliverance compact ideas could be extended on to mid and long-term objectives.

He said the government had already taken necessary short-term actions to stabilize the economy and deal with the looming balance of payments crisis.

However, he said, the government’s focus is to ferret out the medium to long-term solutions to optimise country’s economy to tap its full potential in line with Vision 2025.