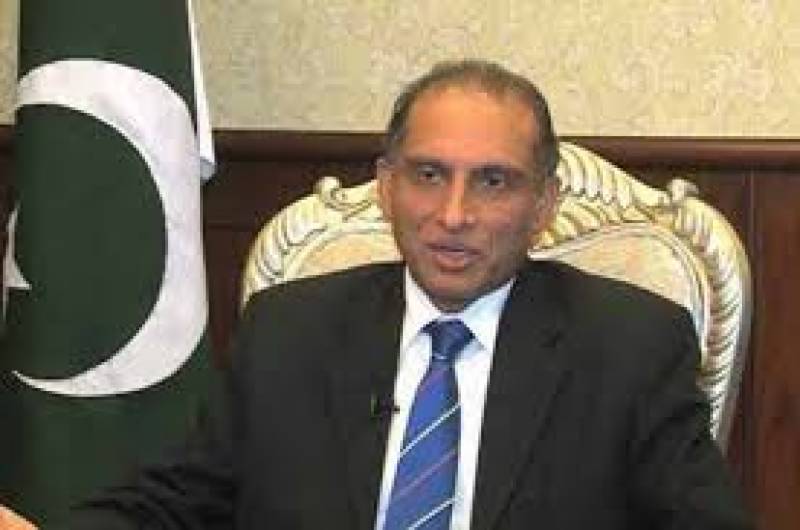 New York (Monitoring Desk): “Those playing with human lives, we are against such elements or activities,” The Ambassador to the United States (US) Aizaz Ahmed Chaudhry said while talking to a news channel. He further said that the Haqqani Network was not Pakistan’s “friend”.

To another question, Chaudhry reiterated that Pakistan wanted peaceful relations with India and these should be based on mutual respect.“This is our message for India to promote relations with peaceful environment” in the region, he maintained.

The envoy was of the view that whenever Pakistan and India wanted to do something in terms of relations, some terrorist activity halted the process, adding that terrorists get encouragement when India stops the process.

To a question he said that Pakistan had received coalition support funds.Afghanistan has long blamed Pakistan for not taking action against Haqqani Network sanctuaries on its soil, alleging that this has allowed insurgency there to sustain.

However, earlier this month, Gen Joseph Votel, Commander of the US Central Command informed a congressional panel that Pakistan had “done things” against the Haqqani network that have been helpful to the war against terror.

“They have done some things that have been helpful to us,” he said. “Most recently, they’ve supported Gen Joseph Nicholson in some places on the border, making sure they were well coordinated and doing the activities on their side of the border.”

“That’s a very positive sign and a move in [the] right direction. And they have done things against the principal concerns we have; the Haqqani network and Taliban,” Gen Votel said. “But we need that to be more persistent and continue to focus in that particular area. And so, we will continue to engage with partner Pakistan throughout this.”

According to him, 20 US-designated terrorist organisations operate in the Afghanistan-Pakistan sub-region and seven of them are in Pakistan.

“So long as these groups maintain safe haven inside of Pakistan they will threaten long-term stability in Afghanistan,” he said, adding that the US was particularly concerned about the Haqqani network, which posed the greatest threat to coalition forces operating in Afghanistan.