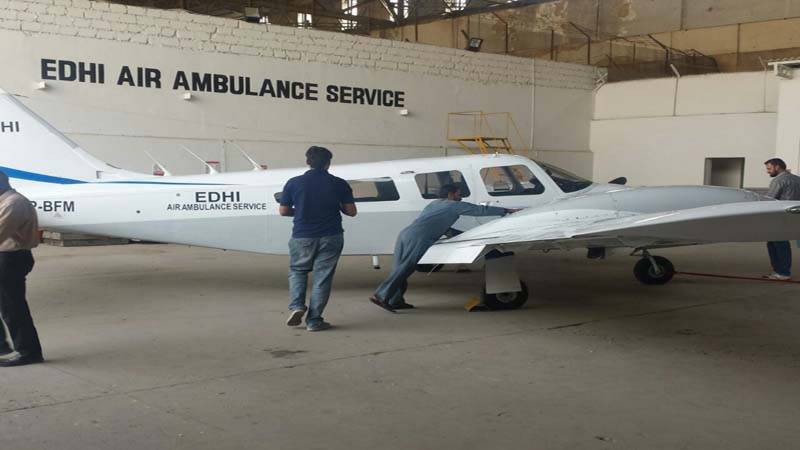 Faisal Edhi said, “I completed 40 hours of flying with my instructor and two hours of solo flight during my training at a flying school in England in 2001,” he adding that he is a trained pilot he could not get a licence because Edhi was invited from the United Nations and his father wanted him to return to Pakistan and represent him there. He added that later he got busy with work and never got the chance to obtain the licence.

He told media, “My dream of taking the Edhi Foundation to catastrophically hit areas (to rescue patients) by flying the aircraft could not come true, however, I will soon fly the aircraft myself after re-doing a two-month refresher course from Pakistan or abroad.”

Faisal said, “He will fly the air ambulance during emergency situations and in the absence of other pilots.”

He added that this is essential especially in a condition of blocked roads due to earthquakes or floods and in emergencies, the service will be delivered free-of-charge whereas in other cases Rs70,000 to Rs80,000 will be charged per hour.