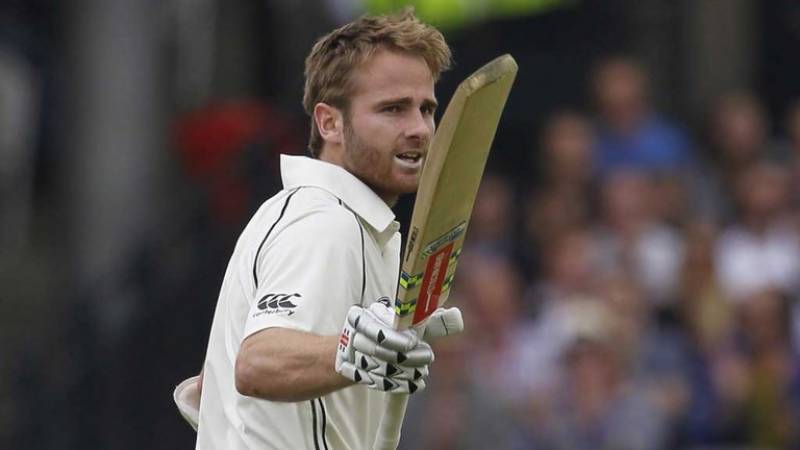 HAMILTON: At stumps on the third day, New Zealand were 321 for four, leading South Africa by seven runs with Williamson — who equalled Martin Crowe’s record of 17 Test centuries for the Black Caps — unbeaten on 148 with Mitchell Santner on 13.

It was a remarkable fightback by a side completely outclassed in the second Test when they were beaten by eight wickets inside three days.

Opener Jeet Raval, who put on a 190-run partnership with Williamson, said New Zealand were eyeing a 200 first innings lead at Seddon Park.

“We’d love to get 500. We’re in a good position and we’ve still got six wickets in the shed,” said Raval. “If we can get a couple of hundred-run lead and then put South Africa under pressure with the new ball it puts us right in the game. It’s about putting us in a position where we can win this game and draw the series.”

New Zealand, battling to square the series which South Africa lead 1-0, enjoyed a solid start from Raval and Tom Latham with an 83-run opening partnership before Williamson took control.

“I felt like bit of a clown batting with the master at the other end. Just to watch him bat was unbelievable,” added Raval, whose 88 came from 254 balls while Williamson has faced 216 deliveries for his 148.

“There’s only one team under pressure now and that’s us,” he said.

Latham progressed from his overnight 42 to 50 before he was caught behind by a diving Quinton de Kock off Morkel.

It was another 58 overs before a second wicket fell as Williamson and Raval dictated terms to a bowling attack toiling on a flat track.

Williamson worked the ball to all parts of the ground including a six off Keshav Maharaj over the bowler’s head.

He followed up with two more off Vernon Philander and Morkel over the square leg boundary — three sixes in one innings from a batsman who only had nine from his previous 60 Tests.

The six off Philander made him the sixth and fastest New Zealander to reach 5,000 Test runs, seven innings quicker than the previous record set by Crowe.

When Williamson smacked part-timer Dean Elgar to the boundary for his hundred, he had equalled Crowe’s New Zealand record of 17 centuries in 16 fewer Tests.

While Williamson punished the bowling, Raval was impressively patient as he picked up ones and twos off the pace attack of Philander, Morkel and Kagiso Rabada.

He batted for 390 minutes before getting an inside edge to Morkel to give de Kock his second catch.

Rabada then accounted for Neil Broom (12) and Henry Nicholls (nought) in successive balls before Santner joined Williamson to guide New Zealand through to stumps.

For South Africa, Morkel has two for 74 and Rabada two for 83.